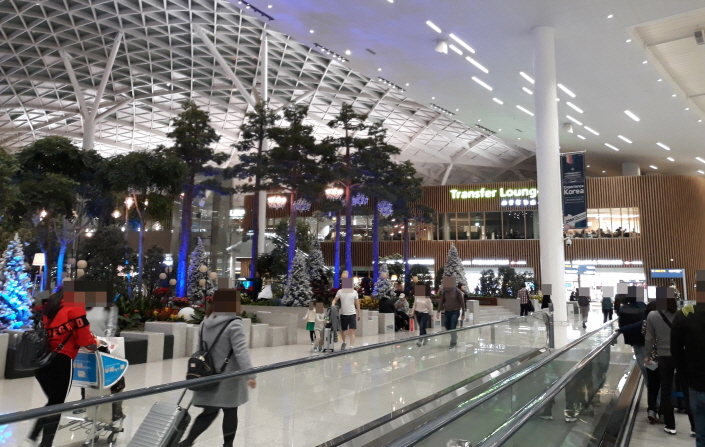 Travellers getting ready to board their planes at Incheon International Airport, west of Seoul (Yonhap)

The increase, however, was the smallest since the global financial crisis of 2009 at 0.9 percent, compared with an 8.3 percent gain in the number of South Koreans going on overseas trips.

Incoming travelers spent more than before, an increase of 14.6 percent last year for a total of $15.32 billion. The gain is close to the 15.1 percent increase in the number of foreigners who visited South Korea.

By country, the number of travelers from China rose 14.9 percent, and those from Japan added 27.6 percent. The visitors helped narrow the deficit in the travel index to $16.65 billion last year from $18.32 billion the year before.

The index for air transport improved from such increases, reaching $990 million last year from a deficit in 2017.