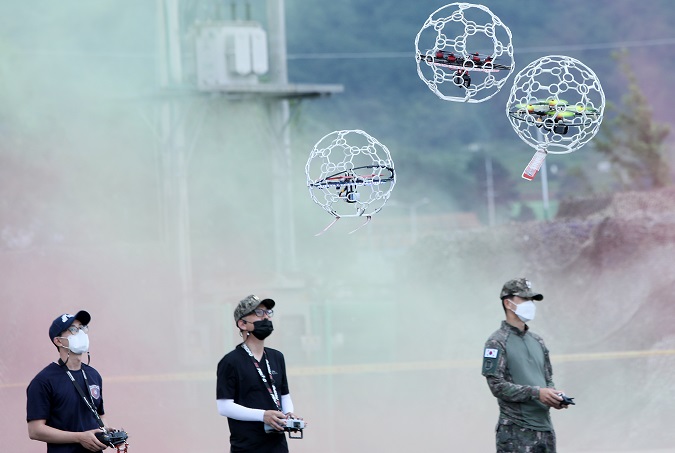 The Army’s Ground Operations Command (GOC) joined hands with the city government of Yangju to host the ‘drone-bot festival’ starting on Friday for three days at Ganapri Airport. 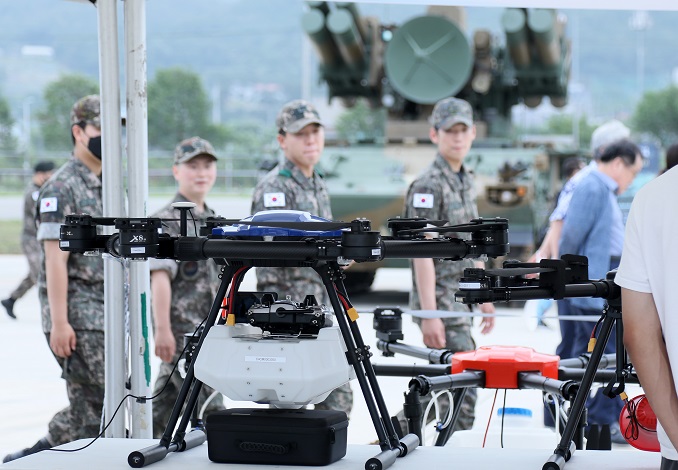 The drone battle, which featured 16 teams or 92 people, allowed each team to use five drones to evade or assault opponent drones to take control of the opponent’s base and pass the finish line to score a point.

Drone racing invited various drones customized by each participant to pass an obstacle course as quickly as possible. A total of 40 people participated in the race.