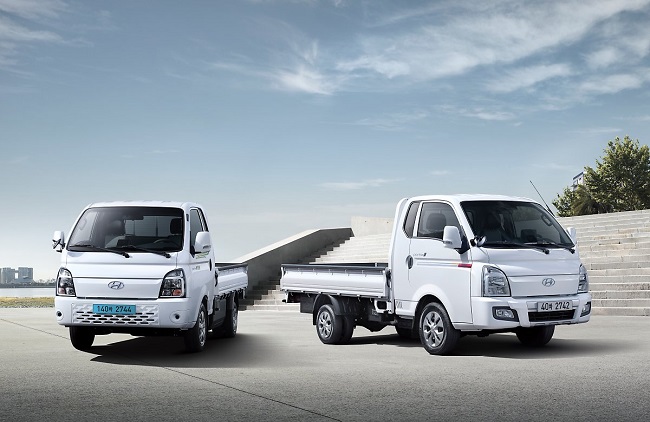 According to data from the Korea Automobile Manufacturers Association, the best-selling EV was Hyundai Motor Co.’s Porter II Electric truck, with 8,554 units sold in the first half of this year.

This figure is far higher than the Tesla’s Model 3 (6,275 units), which ranked first in the same period last year.

Sales of the Porter II Electric and Bongo III EV marked remarkable growth of 148 percent and 234 percent, respectively, compared to a year ago.

The primary factor behind the surge in sales of the Porter II Electric and Bongo III EV is the government’s incentive with respect to commercial license plate numbers.

Starting from 2018, the government capped the total number of new registrations for commercial license plates of internal combustion vehicles, while issuing such plates for free to electric trucks.

At present, the market price of such plates is estimated at about 29 million won. When buying electric trucks, drivers can acquire the plates for free.

However, as the incentive system is set to expire in April next year, there has been a surge in demand to buy while the discount is still valid.