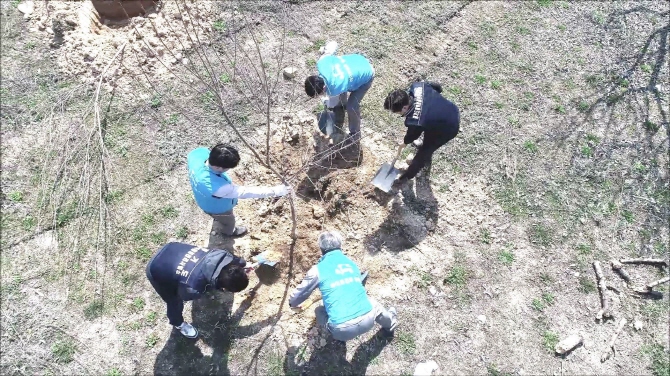 Starting this year, the province will invite all factories in the province to plant 210,000 trees over the next three years with the aim to turn the factories into ‘forest plants.’ (image: Gyeonggi Provincial Office)

SUWON, May 1 (Korea Bizwire) — Gyeonggi Province announced the ‘Plant in the Forest’ project as part of its efforts to reduce fine dust.

The province plans to work with companies to plant trees around factories and plants in the region to cleanse the atmosphere.

The province announced the start of the project by signing an agreement with 120 factories on March 26. This year’s plan is to plant 31,000 trees at 120 factories.

So far, 33 companies vowed to plant 2,900 trees over the next two months, while eight companies already planted 255 trees around their factories on Arbor Day.

The leaves of pine trees, fir, and zelkova trees are known for their outstanding capabilities to absorb fine dust, while their branches block the fine dust falling to the ground.

According to the Gyeonggi Environment Management Office, a single tree is capable of absorbing 35.7 grams of fine dust every year, and 1 hectare of urban forest can remove as much as 168 kilograms of pollutants from the atmosphere every year.

The Management Office is promoting the project as a ‘volunteer program’ for companies.

Currently, there are 17,000 factories in Gyeonggi Province, comprising 30 percent of all factories nationwide, and responsible for emitting as much as 1,243 tons of air pollutants each year.