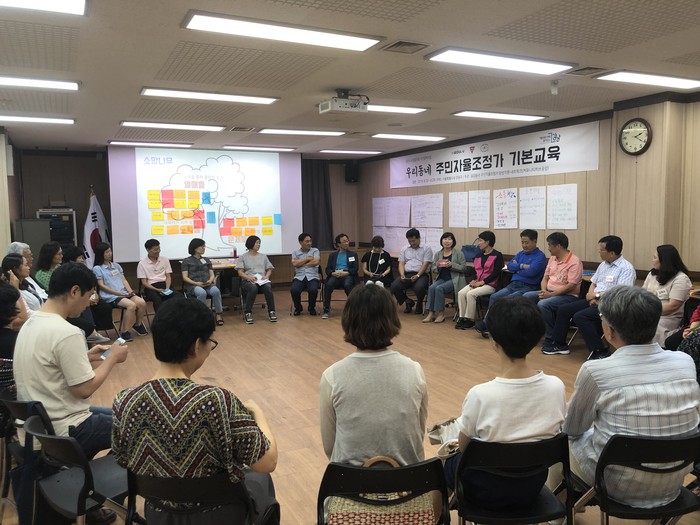 The SMG and the Seoul YMCA completed the training of 309 residents from May to November as part of an initiative to develop a network of so-called neighborhood regulators who will help resolve conflicts and other problems that arise between residents.

Through this process, the city will train regulators and create an organization for residents to voluntarily prevent and resolve problems in apartment complexes across the country.

The initiative is expected to serve as the basis for the “self-regulating system for residents” that will help to manage and deal with conflicts such as noise between floors and the illegal disposal of garbage.

The training process took place over a total of 14 weeks, following a course on counseling techniques, coordination practice and communication chat room operation.

The self-regulators will act to develop a link between neighbors in a modern society where neighbors no longer communicate.

The organization is also a civic entity that strives for the restoration of the neighboring community and peace.

Specific activities include the establishment of a customized agreement to prevent disputes between residents, the investigation of various living disputes in Seoul, and the development of activities to monitor living disputes at the village level.