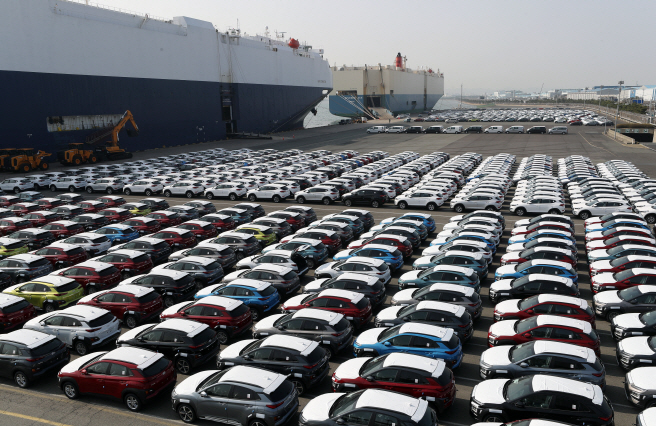 The 2018 figure put South Korea as the seventh-largest car manufacturing country in the world, down one notch from the previous year. (image: Yonhap)

According to the data by the Korea Automobile Manufacturers Association (KAMA), South Korea produced 4.03 million vehicles last year, down 2.1 percent from the previous year.

The 2018 figure put South Korea as the seventh-largest car manufacturing country in the world, down one notch from the previous year, according to the association.

South Korea became the world’s fifth-largest maker of cars in 2005 and retained the ranking until 2015. But India edged out South Korea to stand at the world’s sixth in 2016 and 2017. Last year, South Korea fell behind Mexico.

China was found to produce the largest number of vehicles in 2018, with 27.81 million followed by the United States, Japan, Germany and India.

South Korea’s total car exports also fell to 2.45 million vehicles last year from the previous year’s 2.53 million, the KAMA said, adding that the country accounted for 4.1 percent of the world’s car production in 2018, down 0.1 percentage point from a year earlier.

“Contentious labor-management relations, as well as stiff labor market conditions, among others, appear to negatively affect local carmakers’ competitiveness,” the association said in a release, calling for state support and business innovation.