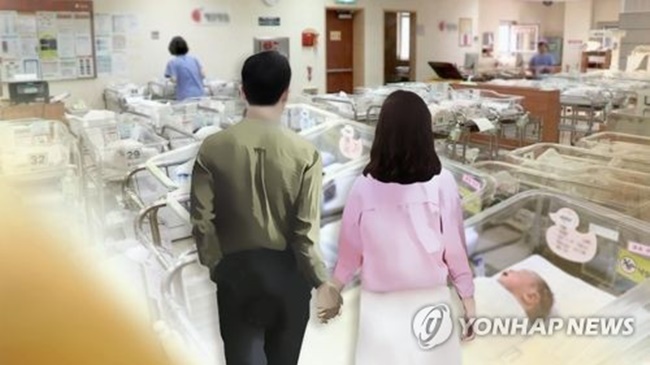 SEOUL, Jan. 24 (Korea Bizwire) – The number of newborns in South Korea dipped again in November, government data showed Wednesday, in the latest sign of the chronic low birth rate that has plagued the Asian country for more than a decade.

Monthly childbirths have decreased on-year every month since December 2015, with double-digit declines for 12 straight months.

Should the current pace be maintained, the number of newborns is expected to reach around 360,000 for this year, breaking the annual record low of 406,200 babies, tallied in 2016, according to officials.

South Korea’s total fertility rate — the average number of children a woman bears in her lifetime — stood at 1.17 in 2016, much lower than the replacement level of 2.1 that would keep South Korea’s population of 51 million stable.

Coupled with a rapidly aging population, a low birth rate can reduce the available workforce in Asia’s fourth-largest economy and drive up welfare costs, undermining the growth potential of the economy.

Meanwhile, the number of marriages dropped 3.1 percent on-year to 24,600 in November, while 9,100 couples divorced during the cited period, down 9.0 percent from a year earlier, according to the data.