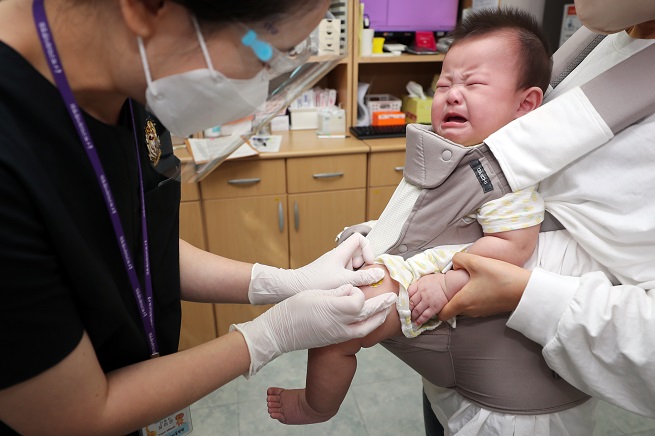 SEOUL, Nov. 23 (Korea Bizwire) — The number of babies born in South Korea reached yet another record-low level in September, data showed Wednesday, leading to an overall decrease in the country’s population.

A total of 21,885 babies were born in September, down 0.1 percent from the previous year, according to the data from Statistics Korea.

It marked the lowest number for any September since the statistics agency started compiling related data in 1981. But it was up from 21,758 newborns in August.

Over the January-September period, the number of babies born here fell 5.2 percent on-year to 192,223.

South Korea remains dogged by a chronic decline in childbirths as many young people delay or give up on having babies in the face of an economic slowdown and high home prices.

Its total fertility rate — the average number of children a woman bears in her lifetime — came to just 0.79 in the third quarter, the data showed. In 2021, it stood at 0.81, marking the fourth straight year to hover below one.

The number of deaths came to 29,199 in September, up 13.8 percent from a year earlier. It marked the highest for any September since 1983, when the agency started compiling related data.

As the number of deaths outpaced that of births, the nation’s population declined 7,313 in September, marking the 35th consecutive month of fall.

South Korea reported the first natural fall in its population in 2020, as the grim demographic trend has continued.