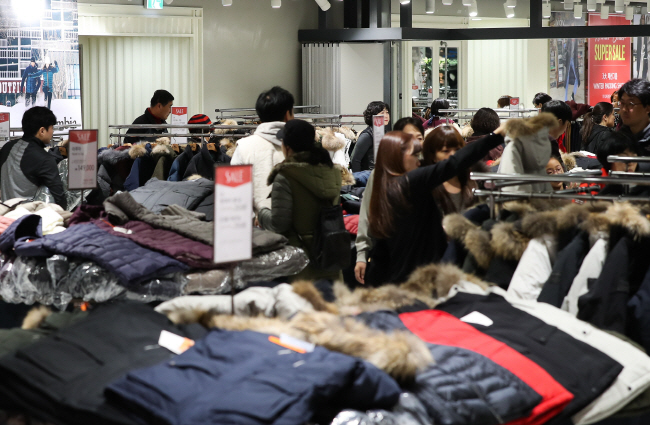 The composite consumer sentiment index (CCSI) for this month stood at 96.0, down 3.5 points from October, according to the Bank of Korea (BOK). A reading below 100 means pessimists outnumber optimists.

This is the lowest reading since February last year, when the index stood at 93.9. The fall in numbers marks the 12th straight month the index has surrendered ground.

The BOK said people are concerned that the South Korean economy has entered a downside cycle, given sluggish job data and the recent stock routs.

The central bank said it might be hard to directly compare figures for the periods before and after October as it changed the household samples for the CCSI survey that month based on the latest national census.

The BOK monthly index for November was based on a survey of 2,188 households throughout the country and was conducted from Nov. 12-19.