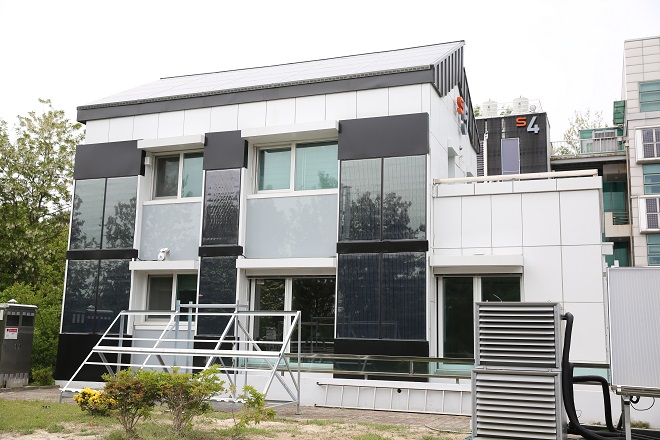 This photo provided by the Korea Institute of Energy Research shows the institute’s solar-powered building.

DAEJEON, May 11 (Korea Bizwire) — A South Korean research team has succeeded in developing and demonstrating a carbon neutral model for buildings and cities using an urban-type energy sharing platform technology.

The Korea Institute of Energy Research said Monday that it had developed and demonstrated Plus Energy Community Platform technology for the realization of energy self-reliance for a scale going beyond a single building to city level or above.

After a trial run from January through April, it succeeded in demonstrating a 144 percent energy self-reliance rate on the basis of typical household energy consumption.

The results of a simulation on an annual unit basis using the evaluation program of building energy efficiency rating revealed an energy self-reliance rate estimated at up to 166.3 percent.