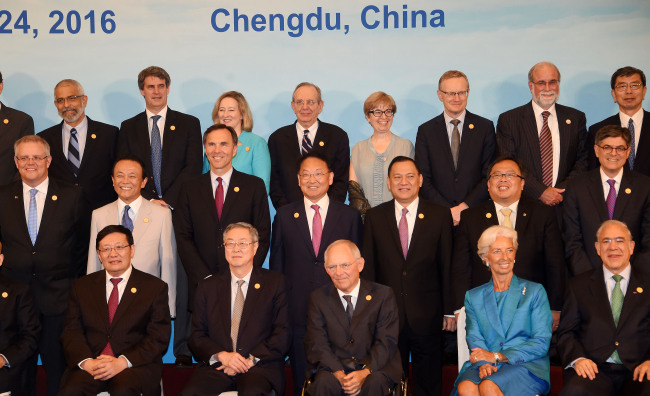 “(The recovery) may come in August,” Finance Minister Yoo Il-ho said in a meeting with Korean reporters during his visit to China for the Group of 20 gathering of top finance officials.

South Korea’s outbound shipment of goods continued to shrink from a year earlier in June, marking the 18th consecutive month that exports decreased.’

Concerning the government’s latest plan to carry out an 11 trillion-won (US$9.66 billion) extra budget plan designed to prop up its economy, Yoo said the opposition parties should be consistent.

“A month ago, opposition parties said there is no need for an extra budget. Now, they are saying the current amount is not enough,” Yoo said, adding they are also expressing different voices over how to allocate the budget for social overhead capital projects.

The finance minister also ruled out the possibility that the deployment of the Terminal High Altitude Area Defense (THAAD) system in the country will have an adverse impact on South Korea’s relationship with China in terms of the economy.