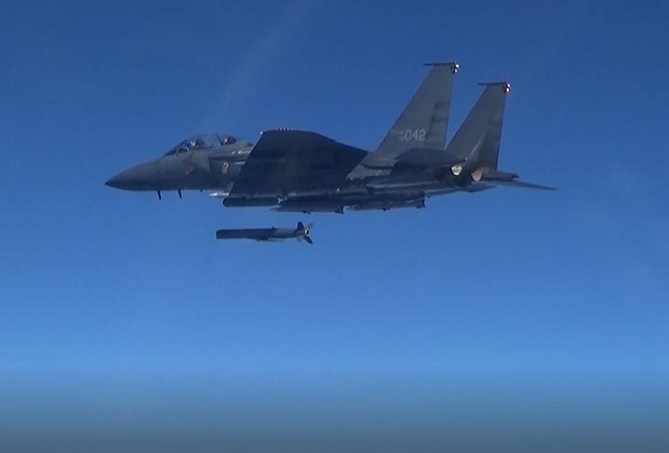 This file photo, provided by the Joint Chiefs of Staff on Nov. 2, 2022, shows the South Korean Air Force’s F-15K fighter jet firing an air-to-surface missile toward the high seas north of the de facto inter-Korean border in the East Sea in response to North Korea’s provocations earlier that day.

Four F-35A aircraft also staged a flight along with four F-16 fighters of the U.S. Air Force in a combined attack formation over the East Sea during the drills, it added.

The allies “demonstrated their strong will to respond resolutely to any threats and provocations, including North Korea’s intercontinental ballistic missile (ICBM) , and their overwhelming ability and readiness to strike the enemy with precision,” the JCS said.

Earlier in the day, the North shot what is presumed to be a Hwasong-17 ICBM into the East Sea.