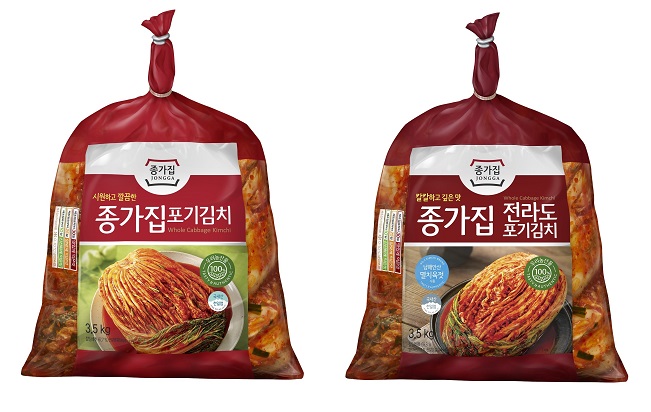 This photo, provided by Daesang Corp. on July 22, 2020, shows its Jonggajip kimchi.

SEOUL, Jan. 5 (Korea Bizwire) — South Korea’s exports of agriculture products reached an all-time high of US$7.57 billion last year on the back of strong demand for kimchi and processed foods, data showed Tuesday.

The record amount represents a 7.7 percent rise from the previous year, according to data compiled by the Ministry of Agriculture, Food and Rural Affairs.

The ministry said exports of kimchi, a traditional Korean side dish usually made of fermented cabbage, salt and hot peppers, soared 37.6 percent to reach $144.5 million.

Exports of processed rice goods, such as home meals like porridge, grew 26.7 percent to $137.6 million, while those of instant noodles topped $600 million for the first time.

By region, exports to the United States jumped 38 percent from the previous year to $1.21 billion on the back of demand for ramen, kimchi and processed rice products.

Outbound shipments to Southeast Asia and India rose 9.1 percent to $1.56 billion thanks to increased home meal demand due to the pandemic.