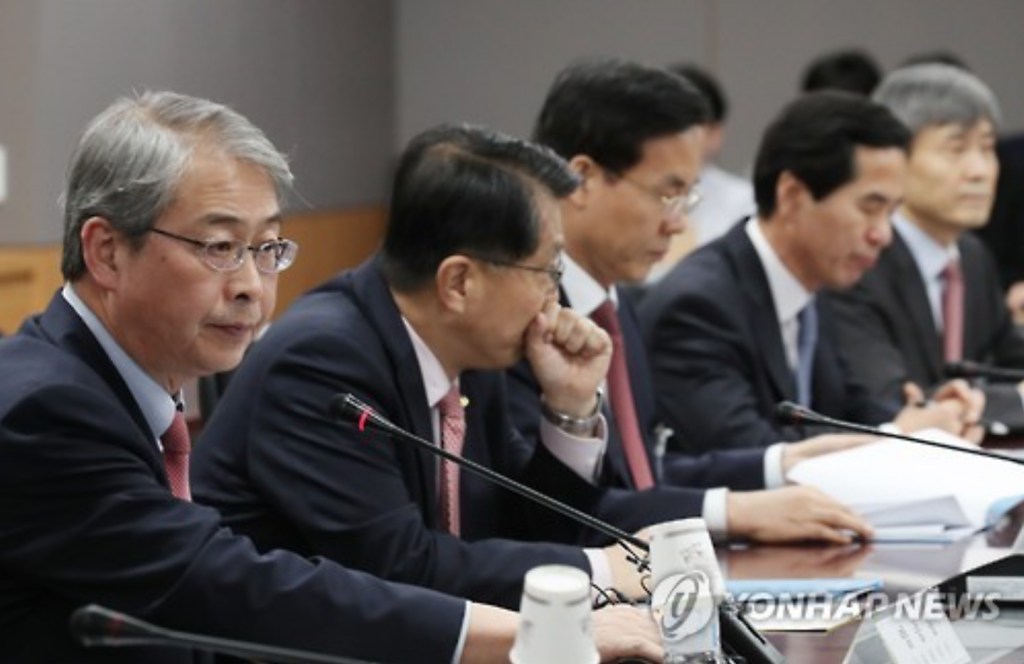 Yim Jong-ryong (L), chairman of the Financial Services Commission, presides over an emergency meeting on the nation’s financial market in Seoul on Nov. 9, 2016, shortly after Donald Trump was elected as the next president of the United States. (image: Yonhap)

SEOUL, Nov. 9 (Korea Bizwire) – South Korea’s top financial regulator said Wednesday the related authorities will do their best for market stabilization with an “utmost sense of tension,” as Americans caught the world off guard by choosing Donald Trump as their next president.

“Following the U.S. presidential elections, the expansion of swings at South Korea’s financial market is expected to be inevitable,” Yim Jong-yong, chairman of the Financial Services Commission (FSC) said, presiding over a joint emergency meeting with the Financial Supervisory Service (FSS) to review market conditions.

The session was convened shortly after Trump was confirmed as the unexpected winner of the U.S. presidential poll.

Yim, tapped as South Korea’s new finance minister, warned that the nation’s economy and entire financial system may suffer a “considerable impact” from even a small loophole in risk management.

“(The government) will make its best effort to stabilize the financial market with the utmost sense of tension,” Yim said.

Earlier this week, the FSC and the FSS announced a shift to an emergency operation mode to deal with challenges at home and abroad.