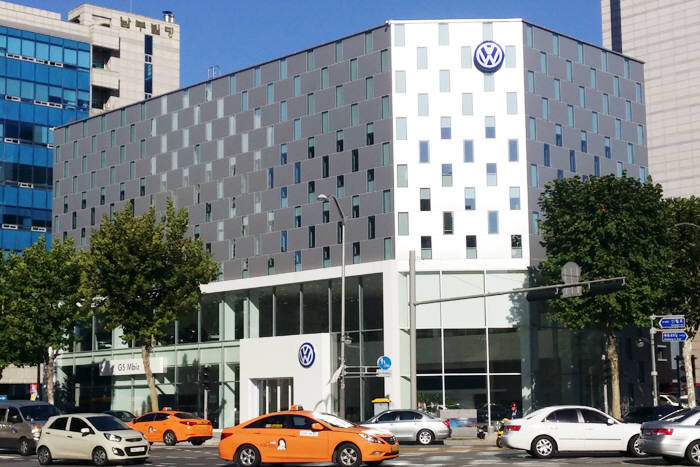 SEOUL, Feb. 1 (Korea Bizwire) — Volkswagen Group resumed vehicle sales in South Korea by launching the Passat sedan Thursday after a one and a half year suspension triggered by the “diesel gate” emissions cheating scandal.

The German carmaker “plans to resume sales of its three models, including the Passat, the Tiguan sport utility vehicle and the Arteon sedan, in South Korea this year,” a spokeswoman at a public relations company that promotes Volkswagen vehicles said over the phone.

“The environment and transport ministries have approved the resumption of sales of the Passat sedan in the Korean market as it satisfied all the requirements to be sold here,” she said.

Audi Volkswagen Korea Ltd. will begin to receive orders for the 2.0 diesel-powered Passat sedan from Thursday, with a plan to deliver ordered vehicles by the end of March, the spokeswoman said.

The German carmaker also plans to launch Audi vehicles in the Korean market this year.

In July 2016, Volkswagen Group voluntarily stopped selling its vehicles here as the Seoul government announced it would ban the sale of all Audi and Volkswagen cars and impose heavy fines for emissions cheating.

As part of its preparations to resume sales in South Korea, the Wolfsburg-based carmaker named Stefan Krapp, who has strong experience in Asian markets, as the new managing director of its operations in the country in September last year.

South Korea is one of the leading countries in the global automotive industry and is a strategic market for the Volkswagen brand, Krapp said in a statement released at that time.

“Regaining trust from customers and the public will be our first priority, and I will put all efforts into a successful new start (for) … Volkswagen Korea,” he said.