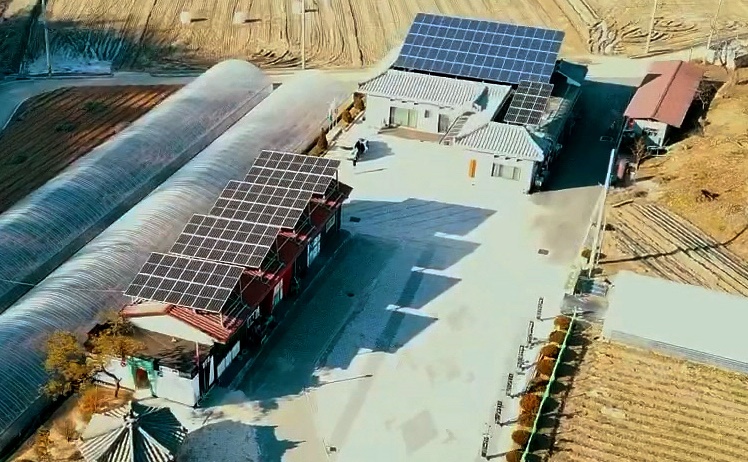 This photo provided by the South Chungcheong Provincial Government shows a solar power facility in Eomuli village in Gongju.

The South Chungcheong Provincial Government built and started operating a solar power plant in Eomuli village in Gongju, 160 kilometers south of Seoul, through what is being called a ‘profit-sharing solar village installation project.’

Under this project, local residents install solar power facilities at agricultural warehouses and parking lots and spend the proceeds from the sale of the produced electricity for the prosperity of the village.

A 30-kilowatt solar power facility was installed at the Eomuli community center and at the community common warehouse, with 132 residents from 70 households participating in the installation.

The installation cost 60 million won (US$50,130), which was covered in a ratio of 4:6 between various levels of government and local residents.

The power facility can produce roughly 40,000 kilowatt-hours of electricity per year, enough for 130 four-person households for a month.

The proceeds will be used to promote the community’s welfare programs as well as to enhance the spirit of community.