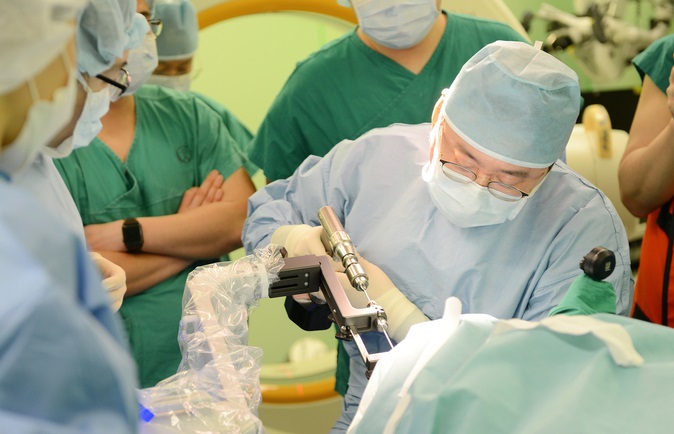 SEOUL, April 23 (Korea Bizwire) — A South Korean medical team has succeeded in implanting electrodes in the brain of an epilepsy patient using a surgical robot for the first time in the country.

Severance Hospital said Thursday that it had successfully found and removed the areas causing epilepsy for a 10-year-old girl after implanting electrodes in the patient’s brain using a surgical robot.

The hospital’s medical team succeeded in implanting electrodes in both sides of the patient’s deep brain area and detecting and removing the areas causing epilepsy in only an hour and a half using a brain surgery-assisting robotic device developed by a local company.

After the surgery, the patient is now recovering without showing seizures.

The robot used in this procedure shows the actual surgical area in the brain of the patient in combination with a brain image taken before surgery, thereby allowing surgeons to avoid risk areas such as cranial nerves and blood vessels.

About 25 percent of epilepsy patients do not respond well to existing drug therapies and must undergo surgery.