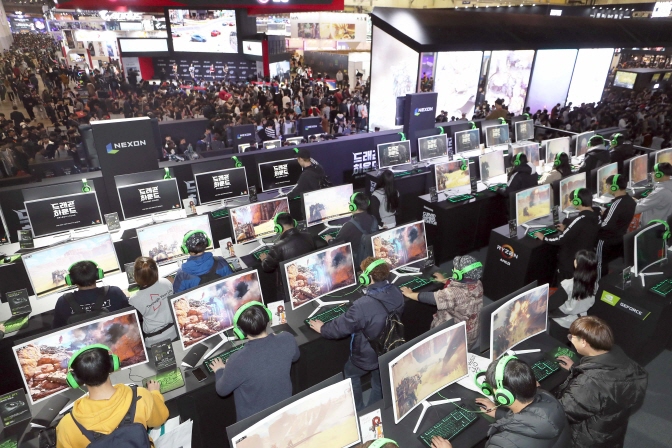 SEOUL, Dec. 18 (Korea Bizwire) — South Korea’s gaming industry is the world’s fourth largest in sales, but none of the local companies rank among the top producers, a report said Tuesday.

According to the Korea Creative Content Agency, the industry’s sales in October came to US$5.76 billion. The number ranked fourth behind $34.4 billion for China, $31.53 billion for the United States and $17.71 billion for Japan.

South Korea ranks even higher if internet connections are counted in.

For example, the internet-linked population in South Korea is 48 million, compared to 850 million in China. When sales are calculated by the number of internet-wired people, South Korea would come in second after Japan.

On the other hand, the top 10 game makers were all foreign firms, according to the report.

China’s Tencent was No. 1 with $10.18 billion in sales as of June. Japan’s Sony followed next with $6.13 billion. Apple of the United States ranked third with $4.39 billion and Microsoft fourth with $4.19 billion.

Local firm Netmarble was fifth in sales through Google Play.

There were no South Korean companies in the top 10 sales through Apple’s App Store.