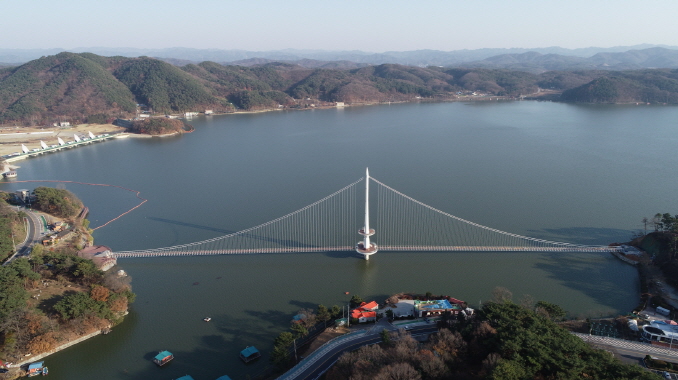 Yesan will be holding the bridge’s opening ceremony at Yedang Reservoir on April 6.

The county invested 10.5 billion won (US$9.2 million) to build the suspension bridge at Lake Yedang in December of last year.

The bridge’s main tower is 64 meters in height, and the walkway is 402 meters long and 5 meters wide. The bridge can accommodate as many as 3,150 people.

The bridge has been designed to withstand strong winds up to 35 m/s as well as 7.0-magnitude earthquakes. 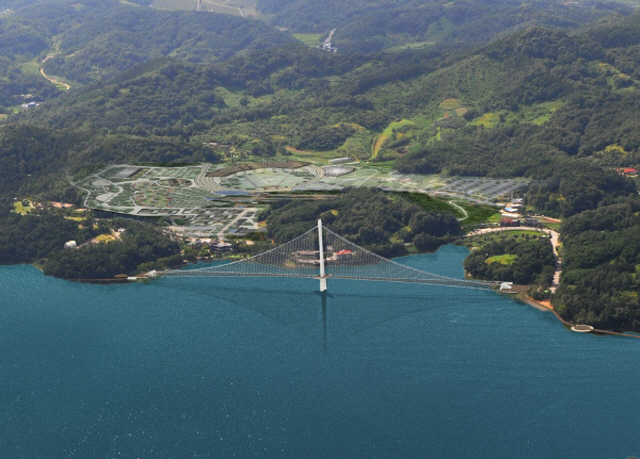 The bridge, lit with deck and LED lights to allow visitors at night, is connected to a path that stretches out 5.4 kilometers. It is open to visitors free-of-charge, from 9 a.m. to 10 p.m.

“Yesan Country is celebrating its 1,100th year of receiving its name, and the country’s longest suspension bridge is part of the celebration,” said a Yesan County official.

“As Yesan’s new landmark, the suspension bridge will help expand the tourism industry alongside with Yesan’s other tourist spots, including Sudeoksa Temple, Chungeuisa Temple, and Soongeui Mansion.”