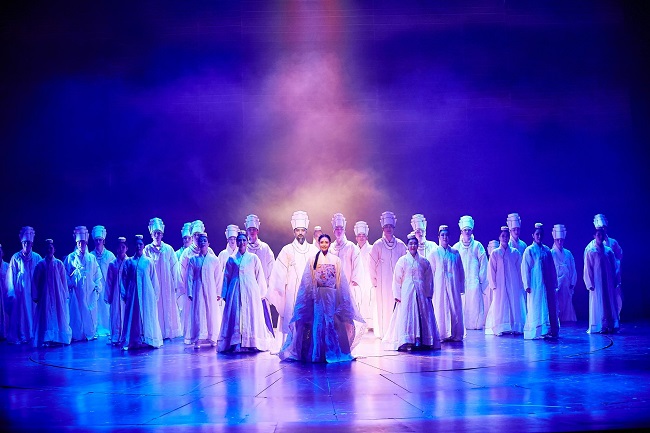 This photo, provided by Acom, shows a scene from the musical “The Last Empress.”

SEOUL, Feb. 12 (Korea Bizwire) — The South Korean musical scene is elated with the resumption of onstage shows, which had been suspended for nearly two months due to the novel coronavirus pandemic, and the return of fans.

Earlier, the South Korean health authorities slightly relaxed preventive guidelines at concert halls and theaters for performing arts although the nationwide social distancing have remained at the second-highest level for another two weeks until the coming Sunday.

Under the new rules, visitors are allowed to sit together with their accompanying friend or family member, with two empty seats on each side. Previously, concert halls and performing arts theaters had to put two empty seats between every audience member in a uniform manner.

Local musical companies, which had put their projects on hold for nearly two months due to the strict two-seat-apart rule, started to stage their postponed projects and extended their runs to meet rising demand for popular shows.

The blockbuster original musical “The Last Empress” will run until March 7 at the Seoul Arts Center in southern Seoul, extended for 10 days from its original schedule.

The show was set to kick off on Jan. 19 but was delayed until Feb. 2 after a two-week suspension. 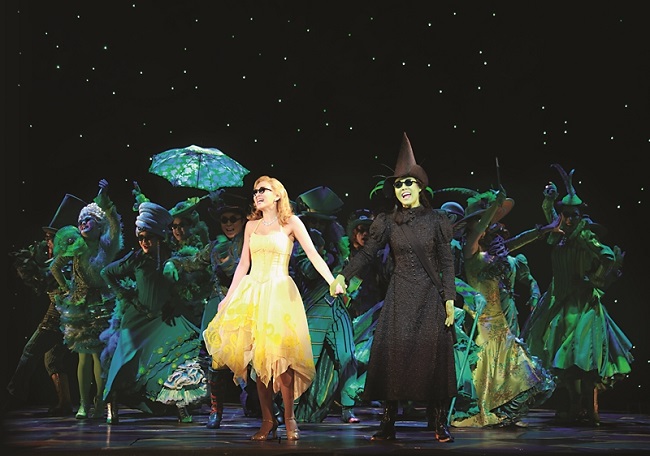 This photo, provided by S&Co, shows a scene from the musical “Wicked.”

Organizers of the musical “The Count of Monte Cristo” have decided to continue the show for three more weeks at LG Arts Center in southern Seoul. It was put on hold in early December for two months.

The musical “Wicked,” a South Korean adaptation of the Broadway musical, will start its Seoul run Tuesday at Blue Square in central Seoul.

Before the official opening, it will stage special premier showings during the four-day Lunar New Year holiday that started Thursday.

Scheduled showings starring popular actors like Cho Seung-woo of “Man of La Mancha” and Ock Joo-hyun of “Wicked” have been enjoying sellouts.

Moreover, musical organizers have given a some 10-20 percent discount on tickets for the holiday shows to bring musical fans back to theaters.