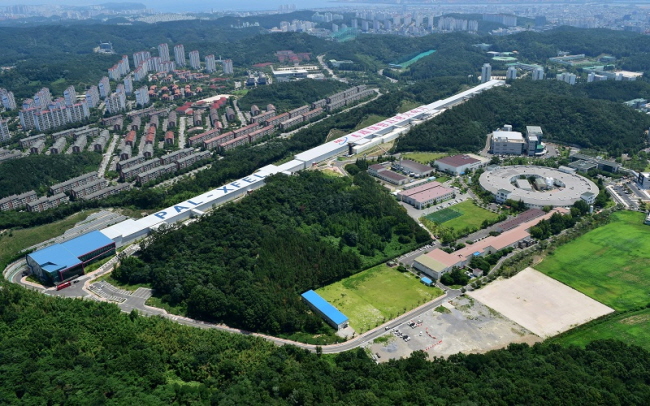 SEOUL, May 8 (Korea Bizwire) — South Korea’s next-generation synchrotron radiation accelerator to be built in the central city of Cheongju will help the country bask in scientific and industrial advances, as well as create huge economic benefits, the science ministry said Friday.

The city, 137 kilometers south of Seoul, has been tapped to host the so-called 5th generation X-ray generator, beating three other candidate cities, the Ministry of Science and ICT said.

The 1 trillion-won (US$817 million) project will kick off in 2022 after completing feasibility studies and other procedures and will run through 2027, with operation set to begin in 2028, the ministry said.

The new radiation accelerator, the third of its kind built in the country, is expected to have the effect of creating 6.7 trillion won in economic value and 137,000 jobs.

The accelerator is designed to push electrons to move at extremely high speeds to create powerful X-ray beamlines that can be used to check and analyze superfine materials.

This process can be used in the development of advanced materials, displays and semiconductors, as well as fuel growth in the biotech and life sciences.

South Korea built its first synchrotron radiation accelerator in Pohang, a southeastern port city, in 1994, and another one, the fourth-generation accelerator, in 2016 becoming the third country to have such top-notch facilities after the United States and Japan.

The ministry and state-run Pohang Accelerator Laboratory (PAL), which is in charge of running the existing synchrotron radiation accelerators, said the new facility will allow users to examine materials that are 100 to 1,000 times clearer and detailed compared with the past, with image coherence even rising to 10,000 times present levels in certain instances. 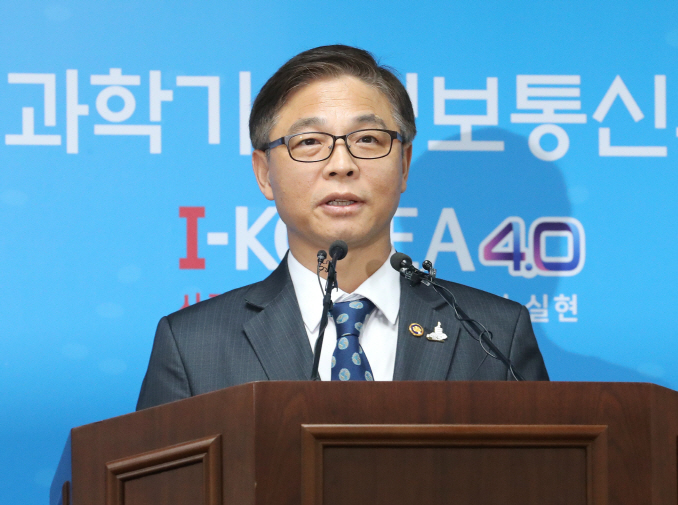 Jeong Byung-seon, the first science and ICT minister, speaks during a press conference at the government complex in Sejong, central South Korea, on May 8, 2020, to announce that the central city of Cheongju has been tapped to host the fifth-generation X-ray generator. (Yonhap)

In addition, once the new accelerator starts, it will reduce the bottlenecks as scientists and company engineers have been vying for time to use the facilities.

Park Yong-jun, head of PAL’s strategy planning office, said the fifth generation accelerators will be very useful for the industrial sector, and in particular, medium-sized companies that were not able to use the accelerators in the past.

On average, local accretions handle some 1,600 projects per year involving some 7,000 scientists, with a large number of people not being able to gain access to the facilities

The new accelerators can lead to new industries cropping up and more products being shipped abroad.

South Korean companies have exported spectroscopes, vacuum chambers, diagnostic devices and electromagnets, all of which are used in accelerators, to foreign countries.

The country is already viewed as having reached parity with leaders in the field like the United States, Japan, China and some European countries, with over 90 percent of components for the latest accelerators to be made here.

South Korea is one of only five countries that have fourth generation synchrotron radiation accelerators, with the others being the U.S., Japan, Germany and Switzerland.

The science ministry said it will request the start of preliminary feasibility studies within the month and work closely with all related parties so the reviews can be completed within the year. This will allow the project to proceed on schedule.