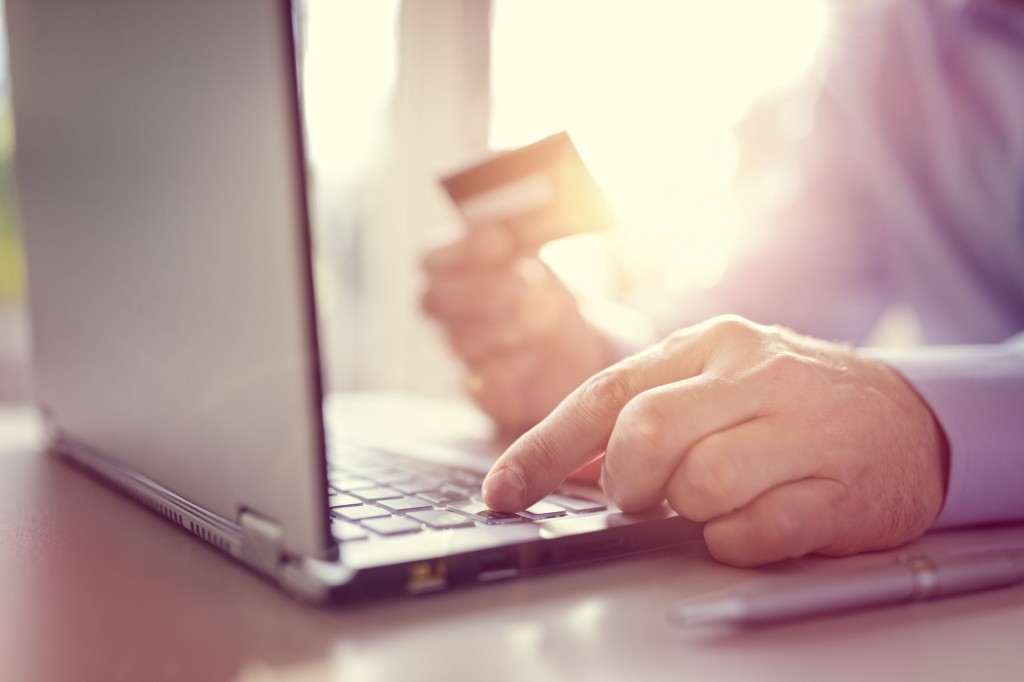 Total online transactions reached 6.33 trillion won (US$5.58 billion) in March, up 21.3 percent from 5.22 trillion won tallied a year earlier, according to the data by Statistics Korea.

It marked the highest number to date, easily surpassing the earlier record of 6.21 trillion won set in December last year.

Purchases made through smartphones, tablets and other mobile gadgets jumped 37.6 percent on-year to a record 3.73 trillion won, accounting for 59 percent of overall online sales in March.

Online bookings for travel and movie tickets vaulted 20.2 percent to 928.7 billion won from a year earlier, while 562.7 billion won worth of cosmetics were sold online in March, up 37.2 percent on-year.

Online sales and deliveries of foodstuffs soared 37.3 percent on-year to 739.5 billion won, with those of clothes growing 18.6 percent to 661.5 billion won.

For the first three months of the year, online overseas sales by foreign customers also surged 50.9 percent on-year to hit an all-time high of 771.6 billion won on the rising popularity of South Korean beauty items and clothing, with 612.8 billion won sold to Chinese shoppers.

Overseas sales of cosmetics totaled 593.2 billion won in March, up 70.7 percent from a year earlier, while those for garments rose 17.3 percent on-year to 102.5 billion won.

Meanwhile, overseas direct purchases by South Korean nationals also gained 20.5 percent on-year to 537.7 billion won, as 310.9 billion won worth of products like clothes and foodstuffs were shipped from the United States and 125.7 billion won came from Europe.