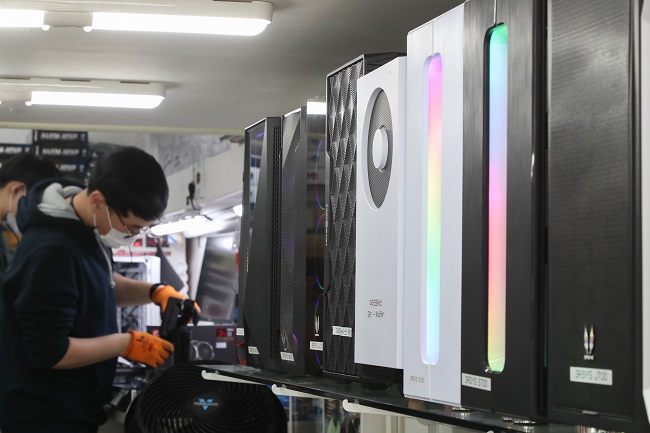 SEOUL, Aug. 13 (Korea Bizwire) — South Korea’s personal computer (PC) market in the second quarter expanded slightly from a year earlier, a report showed Friday, on the back of rising demand for notebooks.

Domestic PC shipments stood at 1.5 million units in the April-June period, up 3.1 percent from a year ago, according to the data from market researcher IDC Korea.

But compared to the first quarter, when the country’s PC shipments soared to a 10-year high at 1.89 million units, the market contracted 20.6 percent.

IDC Korea said demand in the second quarter was limited as many consumers bought or replaced their PCs in advance in the first three months of 2021.

The global PC market also showed a similar trend as the second-quarter growth was reduced to 13.4 percent from 55.7 percent in the first quarter.

By sector, PC shipments for the education market rose 32.2 percent on-year as most of the some 200,000 notebook replacements for school workers were completed in the second quarter, IDC Korea said.

PC shipments for the enterprise market grew 12.3 percent on-year in the second quarter as notebook demand has also been expanding among small and midsized enterprises.