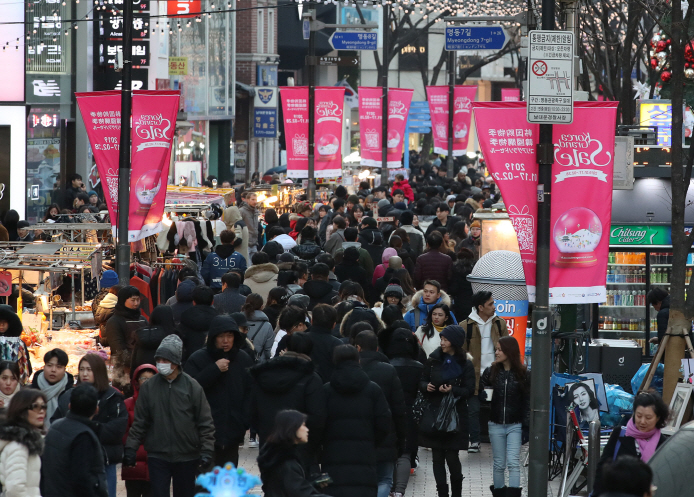 According to the Bank of Korea, South Korea’s private consumption grew 2.8 percent in 2018, marking the highest figure since the 2.9 percent posted in 2011.

The data showed the private consumption’s growth also moved above the overall economic growth for the first time in 13 years in 2018. The South Korean economy grew 2.7 percent on-year in 2018.

In 2005, the private consumption grew 4.4 percent, compared with the economic growth of 3.9 percent.

The country’s implementation of a new labor policy that limits the maximum working hours to 52 also induced people to spend more on leisure services.

As for 2019, the central bank expects the private consumption to rise 2.6 percent on-year, which is equal to the outlook for the economy.