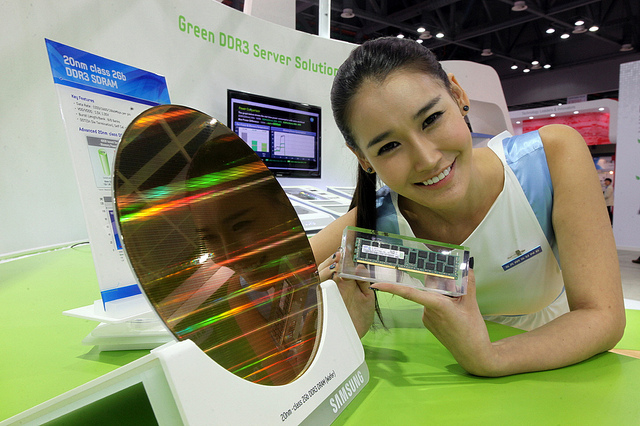 SEOUL, April 9 (Korea Bizwire) — South Korea’s presence in the global market for dynamic random access memory (DRAM) hit a record high last year, data showed Thursday, as Samsung Electronics continued to secure its seat on the throne on the back of its latest 20-nanometer products.

Asia’s fourth-largest economy took up 67.7 percent of the DRAM market, breaking its previous record of 65.5 percent posted in 2012, the data compiled by market tracker IHS showed.

Samsung Electronics took up 40.4 percent of the global DRAM market in 2014, up from 36.2 percent held a year earlier, apparently helped by state-of-the-art 20-nanometer DRAM products that are faster at data handling and better in saving power.

SK hynix, which trailed Micron-Elpida in 2013, improved its share through its 25-nanometer DRAM lineup while reducing the number of defective products.