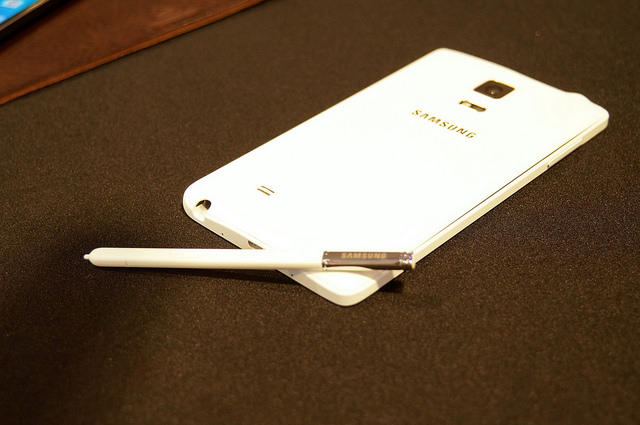 Samsung Electronics is expected to release the next Galaxy Note model in August as the Galaxy Note 7, skipping the “6”, according to the report. (image: Flickr/ TechStage)

SEOUL, June 10 (Korea Bizwire) – The names of the major smartphones that will be released later this year are stirring up interest in IT circles.

Phone Arena, an IT website, announced that Samsung may name its next Note generation “7” for a synergy effect with its Galaxy S7, the best-selling smartphone of the year. A reason behind their assumption is that if the next Galaxy Note model is released with the number “6”, it may give the impression that outdated technology is being used, since the Galaxy S7 is dominating the market.

Another online community which specializes in Samsung products, SamMobile, also pointed out that Samsung followed a similar strategy with its Tizen “Z” smartphone series, where the Z3 was introduced after the first model, the Z1. They predict that Samsung will release the Galaxy Note 7 in August of this year, and may come back to the Note 6 at a later time if needed. The Galaxy Note 5 was introduced to the public on August 14 last year in New York, and was launched in Korea on August 20.

Samsung has yet to confirm any of the speculation.

“Sometimes smartphone names don’t follow a logical progression,” said an official. “For marketing purposes, they will decide based on market sentiment,” he added.

Meanwhile, the name of LG Electronics’ next V-series smartphone is also under speculation.

LG’s V10 is a premium smartphone that was launched last October, and it was the first smartphone in the world to have an extra screen on the front and two cameras. The next models in the V series, one of which will be launched sometime later this year, are expected to follow the progression of V11, V12, V13 or V20, V30, V40.