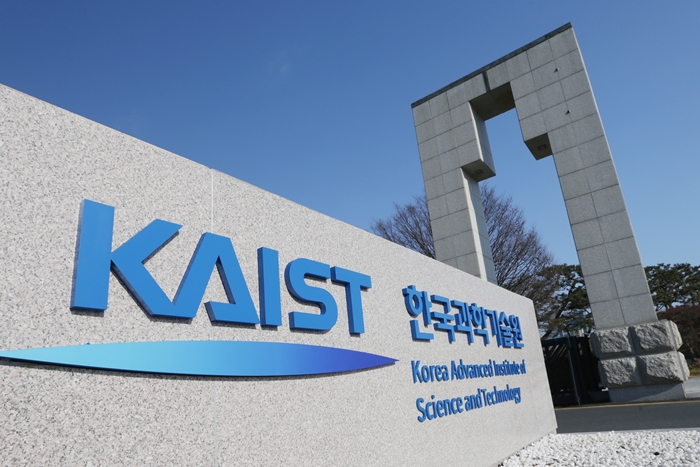 This file photo provided by the Korea Advanced Institute of Science & Technology shows the school’s main campus entrance in Daejeon.

The Korea Advanced Institute of Science & Technology (KAIST) announced a donation of real estate worth 67.6 billion won (US$56.4 million) from Lee Su-young, an entrepreneur who runs a real estate company named Gwangwon Industry.

In a donation agreement ceremony held at KAIST’s main campus in Daejeon, 150 kilometers south of Seoul, the 83-year-old Lee signed an accord on the establishment of the Lee Su-young Science Education Foundation with her donation, saying she will extend her full support to help KAIST produce South Korea’s first Nobel laureate in science.

Lee’s donation is the biggest given to the state-funded KAIST since its foundation in 1971.

Lee, a graduate of Seoul National University’s School of Law, began her career as a journalist in 1963. She established a cattle farm in 1971 and then Gwangwon Industry in 1988.

Since her first donation in 2012, Lee has also served as the chairperson of the KAIST Development Foundation. 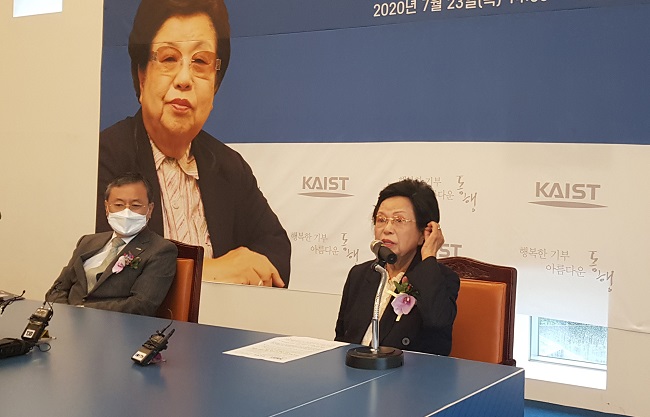 “I wanted to meaningfully spend the money I have earned before I die. I decided to make a donation after thinking that the only way for Korea to live well is the development of science and technology,” Lee told reporters at the ceremony.

“For instance, 25 percent of Samsung Electronics’ master’s and doctoral research personnel in semiconductors are from KAIST. I hope KAIST will use my donation to raise the name of Korea to the world,” she said, calling on others to persistently support KAIST’s scholarship programs.

KAIST President Shin Sung-chul said at the ceremony that he and all school members will do their utmost to help Lee realize her Nobel science prize dream.

Those selected as singularity professors will receive research funds for 10 years and such benefits can be extended for another 10 years depending on their research outcomes, the school said.

While former President Kim Dae-jung received a Nobel Peace Prize in 2000, South Korea has yet to receive a Nobel Prize in an academic field.