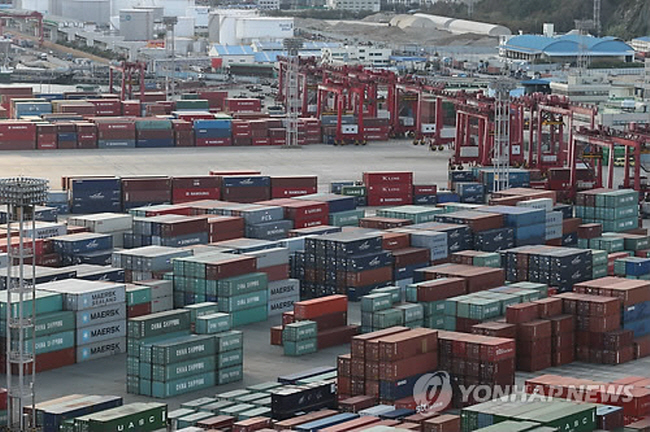 South Korea’s trade dependence on Japan has dropped to the lowest level in decades. (image: Yonhap)

According to the report by the Korea International Trade Association, South Korea’s trade with Japan during the January-May period of this year accounted for 7.6 percent of its total volume of imports and exports.

The ratio is the lowest since both countries normalized diplomatic relations in 1965 when the ratio stood at 34.5 percent. After peaking at 39.8 percent in 1973, it has been on a steady decline.

The report showed that South Korea’s exports to Japan represented 5 percent of its total overseas shipments during the cited period, which was far lower than the 25.5 percent in 1965. The ratio for the country’s imports from Japan also fell from 37.8 percent to 10.7 percent over the cited period.

The fall is attributed in part to the prolonged global economic slowdown, which led to less demand for products. The weak Japanese yen also played a role in discouraging bilateral trade between the two neighboring countries.

Japan was once the second largest trade partner for South Korea, but based on the latest data, it is now the fifth largest.

Some observers noted that the fall might also have been affected by their strained ties over historic and territorial issues.

Relations between the two countries have worsened due largely to Japan’s refusal to acknowledge and apologize for its past wrongdoings, such as issues regarding former Korean sex slaves, during its colonial rule of the Korean Peninsula from 1910-45.