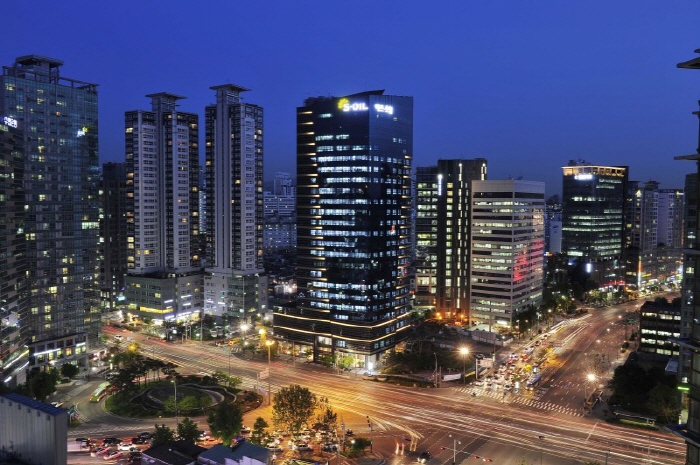 According to JobKorea Corp., the refiner paid its employees an average of 137 million won (US$120,000) last year. This placed it at the top among the 100 biggest firms in terms of market capitalization.

Of the 80 companies that released annual reports for last year, the average salary for workers stood at 81 million won, JobKorea said. Male employees working for these companies were paid 90 million per annum while female employees got 58 million, with the difference being 32 million won.

The average salary for Samsung Electronics, the world’s largest semiconductor and smartphone manufacturer, stood at 119 million won for the year.

The report then showed the average employment period of the big listed companies stood at 11.1 years, with men having stayed longer, at 11.8 years, than 8.6 years for women.

Of the companies reviewed, Kia Motors Corp., South Korea’s No. 2 automaker had the longest average employment period at 20.8 years, followed by 20 years for telecom giant KT Corp. and 19.3 years for steelmaker POSCO.

Hyundai Steel had the largest proportion of male workers at 96.9 percent while retailer Shinsegae had the highest number of women at 68.8, JobKorea said.