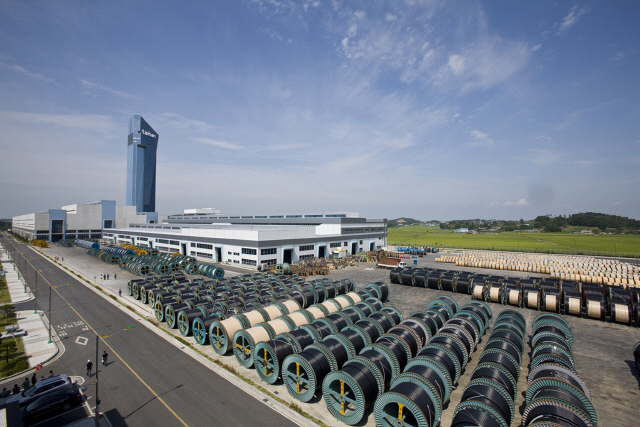 The Ministry of Trade, Industry and Energy announced Thursday that extra-high voltage cable technologies will be designated as “national core technologies,” which means the company’s asset sales to foreign companies need government approval.

“Extra-high voltage cable technologies are also owned by other foreign companies, so it’s not something exclusive and new,” an official from Taihan said.

“Such designation can damage the company’s plan to do businesses with foreign companies.”

Taihan is currently controlled by IMM Private Equity, which bought an around 70 percent stake in the cable maker for 300 billion won (US$257 million) in 2015.

Rumors have been circulating since earlier this year that the homegrown private equity firm may sell the cable maker to a Chinese company, although Taihan denied the speculation.

Taihan’s business performance has been steadily improving since the IMM takeover. Last year, it reported sales of 1.6 trillion won and operating profit of 49.4 billion won.