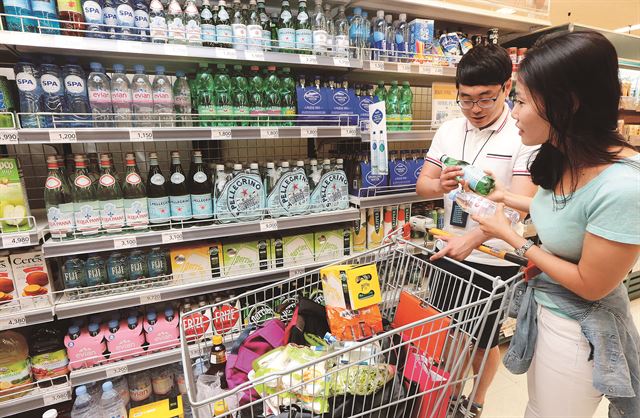 SEOUL, Jun. 15 (Korea Bizwire) — South Korea’s bottled water market was valued at 740 billion won (US$656 million) last year, up 15.5 percent from the previous year amid the increase in the number of one-person households and demand for clean water, industry data showed Wednesday.

The upward trend has been continuing, with some 217 billion won of bottled water sold from January to April, up 11.4 percent from the same period last year, the data showed.

The market is expected to grow to as much as 1 trillion won by 2020, as more South Koreans live alone and seek clean water amid growing concerns over pollution, experts said.

Increase in the use of online and mobile shopping platforms also contributed to the rise in sales of bottled water, they said.

“The water market which accounts for 44 percent of the country’s beverage industry has been growing at an annual average of 6.7 percent since 2010,” said Park Jae-il, researcher at Taurus Investment & Securities Co.