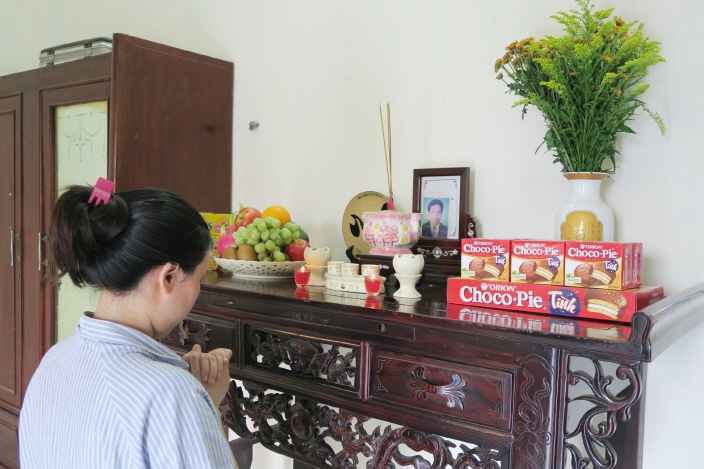 Officials at Orion reported that Choco Pies are now so loved that they are placed on the table at memorial ceremonies in Vietnam. (image: Orion Corp.)

SEOUL, Apr. 19 (Korea Bizwire) — For the first time ever, Orion Corp. sold more of its signature Choco Pies in Vietnam than in South Korea last year.

The South Korean confectionery firm reported on Thursday that sales of Choco Pies in Vietnam rose 15 percent on-year to 92 billion won (US$80.95 million) last year, the highest ever annual sales in Vietnam, accounting for more than 600 million Choco Pies.

It was the first time in 24 years that Orion’s sales in Vietnam surpassed those of Korea with Choco Pies first exported to Vietnam in 1995.

It was the second time that foreign sales of Choco Pies had surpassed sales in Korea, after a similar experience in China.

Orion has approached Vietnamese customers with the idiosyncratic Korean emotion ‘jeong’, since Vietnamese also value ‘jeong’ or ‘tinh’ in Vietnamese, an emotion of boundless amiability and hospitality towards their friends and family.

Last year, Orion actively targeted young people by distributing 300,000 Choco Pies to test-takers on the day that the Vietnamese college entrance exam was held and collaborating with fashion companies.

Officials at Orion reported that Choco Pies are now so loved that they are placed on the table at memorial ceremonies in Vietnam.

Orion plans to grow Choco Pie into a mega-brand with annual sales of more than 100 billion won.