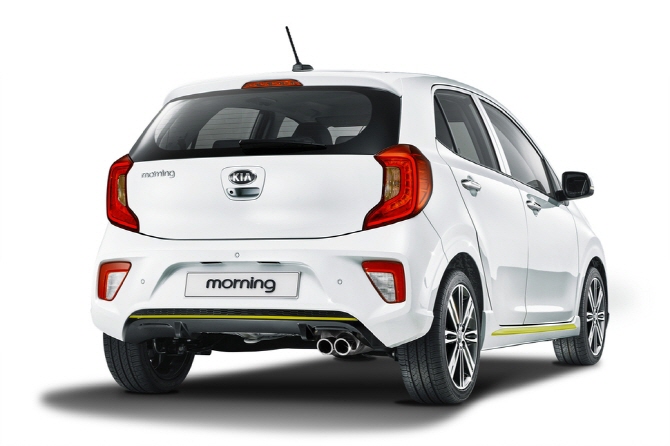 SEOUL, Sept. 16 (Korea Bizwire) – Sales of city cars in South Korea decreased for the 20th month in a row as popularity for the small, practical vehicles decline amid rising demand for crossovers, industry data showed Sunday.

The total number of mini urban haulers with an engine displacement of under 1,000 cc stood at 11,068 units as of July, down 2.2 percent from a year earlier, numbers provided by the Korea Automobile Manufacturers Association (KAMA) showed.

“Car buyers are turning more to crossovers and slightly larger passenger cars that is causing sales to fall for city cars,” a KAMA source said.

City cars, which receive considerable tax and operating benefits, are cheaper to buy and run. On the other hand, they have generally weaker driving characteristics with their small size hurting safety to some extent.

In addition, the fuel economy does not greatly exceed small vehicles sold on the market today, and they suffer from smaller overall space for people and cargo.

Industry experts said that one of the main reasons for the weaker numbers is the launch of sub-compact SUVs, such as Hyundai Motor Co.’s Kona, Kia’s Stonic, Renault Samsung’s QM3 and the Tivoli by SsangYong Motor Co.

Reflecting this, sales of such small SUVs reached 147,429 units as of last year, up 12.3 times in just four years. The increase ate into the city car sales.

“In addition to SUVs, local demand for more upscale cars is hurting smaller vehicles with the entry luxury level Hyundai Grandeur being considered as a model best suited for the middle class,” a market watcher said.

He said not too many years ago Hyundai’s Sonata midsize car was viewed as the car for the middle class with the Grandeur, sold as the Azera in the U.S., being considered a car for the more affluent.