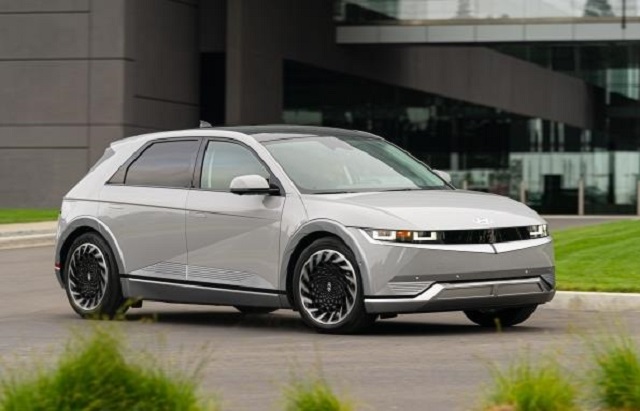 SEOUL, July 10 (Korea Bizwire) — The sales of green cars, such as electric and plug-in hybrid vehicles, jumped more than 40 percent in South Korea in the first half of this year from a year earlier, industry data showed Sunday, reflecting the growing popularity of electrified vehicles in the country.

The number of green vehicles sold here by five local automakers, including Hyundai and Kia, and imported car sellers excluding Tesla came to 203,721 in the January-June period, up 40.7 percent from the 140,760 posted the previous year, according to the data.

In particular, Hyundai Motor’s sales of all electric vehicles came to 31,672, surpassing its hybrid shipments of 30,760 for the first time as a domestic car manufacturer.

Hyundai’s brisk sales were led by its all-electric IONIQ 5, whose sales reached 15,103 units in the first half, a 165 percent on-year increase.

Among the hybrids, Hyundai’s Grandeur Hybrid model accounted for the largest portion with 11,761 vehicles sold.

The Sorento Hybrid SUV was the most popular model, with sales rising 32.4 percent to 23,412 units.

Kia also saw its sales of all electric vehicles more than double to 23,192 in the first quarter, compared with 8,863 units the previous year.

In contrast, the sales of GM Korea sharply declined to 81 from 942. GM Korea has terminated the contracts for the Bolt EV and EUV models in the country amid the global semiconductor and battery supply disruptions.

Renault Korea sold 516 in the first quarter, down 21 percent from a year earlier. SsangYong Motor, which launched its first Korando E-Motion EV in February this year, sold 108 vehicles until end-June.