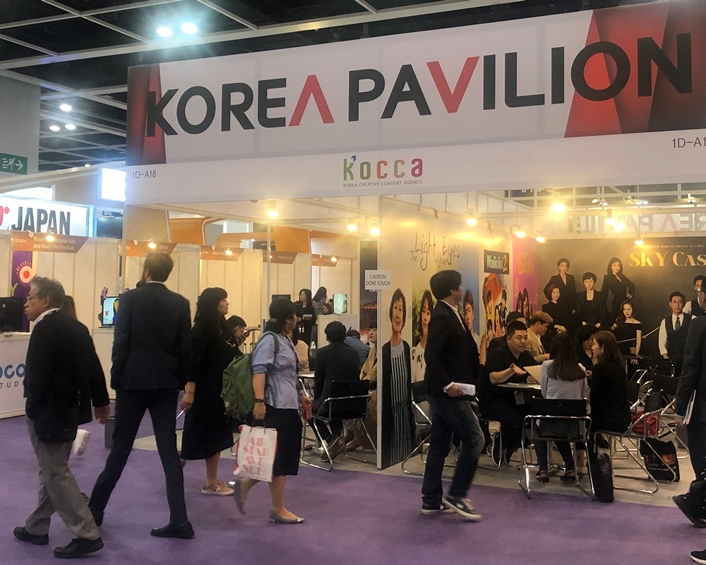 The KOCCA hosted a Korean booth there, which brought together all the 25 Korean firms, in cooperation with the culture ministry.

Among the most sold K-dramas there were the on-going drama series by JTBC “Legal High,” “My Fellow Citizens” by KBS2, “Touch Your Heart” by tvN and “The Last Empress” by SBS, according to the KOCCA.

Around 880 content-related companies from 35 countries attended the Hong Kong festival, which marked the 23rd round this year.

“The importance of the Southeast Asian market is increasing (as the Korean content industry) goes beyond China as the biggest importer of broadcasting content,” Kim Young-jun, president of the KOCCA, said.

“The KOCCA will provide systematic support for Korean broadcasting content to make inroads into foreign markets more actively,” he said, voicing plans to assist Korean firms during a series of international content fairs to come in the first half of this year.