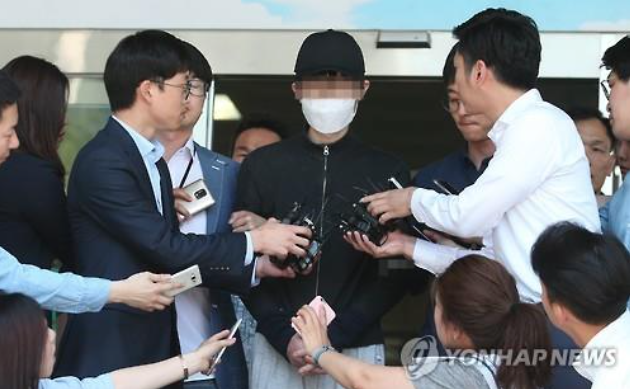 A 34-year-old man was arrested last Tuesday on suspicion of killing the 23-year-old woman at a bar bathroom near one of Seoul’s busiest subway stations in the southern district of Gangnam. (image: Yonhap)

SEOUL, May 23 (Korea Bizwire) – Sales are of self-defense products are soaring following the tragic random killing of a 21-year-old female student, which took place in Gangnam on May 17. More than 80 percent of those making the purchases turned out to be women.

According to CJ O Shopping, sales of self-defense goods increased by 700 percent in the period from May 17 to May 20 at its online shopping mall, CJ Mall.

The percentage of female shoppers was 86 percent, which increased from 30 percent in the previous week, and 79 percent of shoppers were from Seoul and its surrounding areas.

The fact that the tragedy took place in Gangnam, one of the most crowded urban areas of Seoul, and that the killer allegedly chose to target a woman, are believed to be the leading factors for the shift.

The police interrogation revealed that the 34-year-old suspect, known only as Kim, is suffering from persecutory delusion, and has claimed that he felt he was being harmed by women.

The most sought products were self-defense sprays, which spout tear gas, and alarms that can trigger loud sounds. Both products are smaller in size, and can be carried around easily. Home protection goods such as security cameras and batons were also popular.

Sales of self-protection goods also increased by 112 percent on the Auction shopping portal, while Gmarket saw an increase of 33 percent for Tasers and 13 percent for security locks.

“Following an increasing number of violent crimes, we have more consumers seeking self-defense products either for themselves or for others,” said an Auction official. “They tend to prefer products that can be carried easily.”