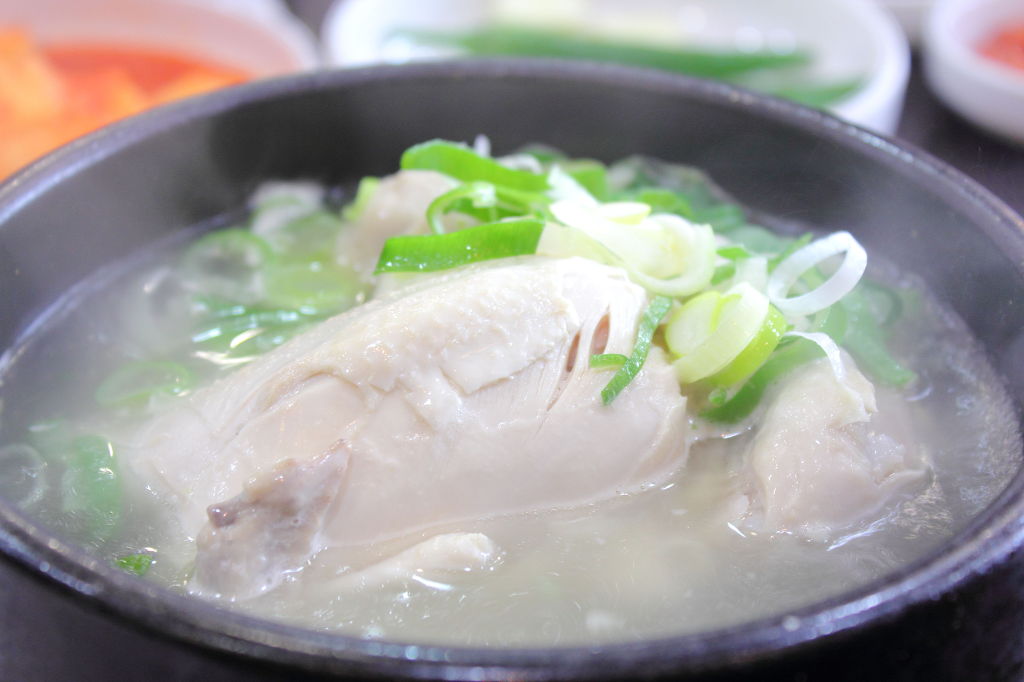 Last month’s samgyetang exports came in at 5,505 kilograms, which was a 92.3 percent drop from November at 71,870kg. (image: KobizMedia/ Korea Bizwire)

But the achievement was short lived. Following the record bird flu outbreak in Korea that wiped out over 30 million poultry across the country, samgyetang exports have ground to a halt.

According to government and industry sources, among five samgyetang makers officially registered with the Chinese government, three – Nonghyup Moguchon, Charmfre, and Gyodong Food – had to recently discontinue their exports to China in accordance with a trade stipulation that bans shipments if there are any outbreaks of diseases related to the products.

In fact, last month’s samgyetang exports came in at 5,505 kilograms, which was a 92.3 percent drop from November at 71,870kg. It was also the lowest figure since exports began in June, while zero shipments have been made so far this year.

The provision in the trade agreement requires samgyetang exported to China to be free of chicken bred within a 10-kilometer radius of AI-affected farms.

“With the AI outbreak, in addition to disappointing demand for samgyetang in China, all exports have technically come to a halt,” said a government official. “Although this is no direct ramification from Korea’s THAAD battery deployment, (the Chinese government’s) ban of South Korean culture content following the THAAD decision has held back marketing efforts of samgyetang through product placement on Korean dramas.”

Harim and Sajo Fine Korea are the two remaining companies that can still export their products, but are struggling with both a lack of chicken supply in Korea and the Chinese government’s recently strengthened quarantine process for the goods.

According to company officials, the quarantine process now takes over two months, compared to what used to take about two weeks.

“The quarantine period has been extended significantly compared to earlier days,” an official said. “We can’t figure out exactly why, but it seems that the customs procedure has become much more stringent.”

Industry watchers point to a mixture of factors, including the AI virus, THAAD woes, and lower interest in samgyetang compared to what officials initially anticipated. The Ministry of Agriculture, Food and Rural Affairs set a target export amount for samgyetang at 500 tons for 2016, but fell far short of the goal at only 190 tons worth $850,000.