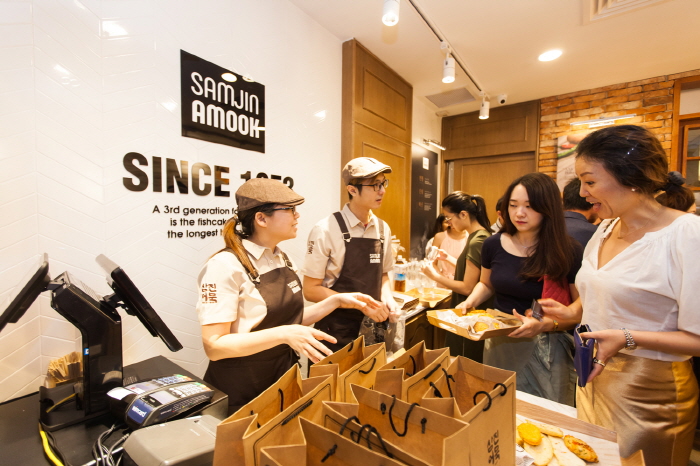 SEOUL, Aug. 10 (Korea Bizwire) — Samjin Food, the leading brand of fish cakes, said Friday it will open its first store in the Philippines this weekend, as it expands its market presence in Asia.

The new store will open at the Ayala Malls Circuit in the city of Makati, close to Manila, on Sunday, the company said. South Korea’s entertainment and logistics company Wevenine will operate the store, with plans to add four more branches in the Philippines by the end of the year.

Samjin is already in Singapore having opened a store last year and is moving to enter Indonesia in September. It is also surveying the Chinese market.

“We plan to market some 40 different kinds of fish cakes, including both semi-manufactured and completed products, using ingredients entirely from South Korea,” a company official said.