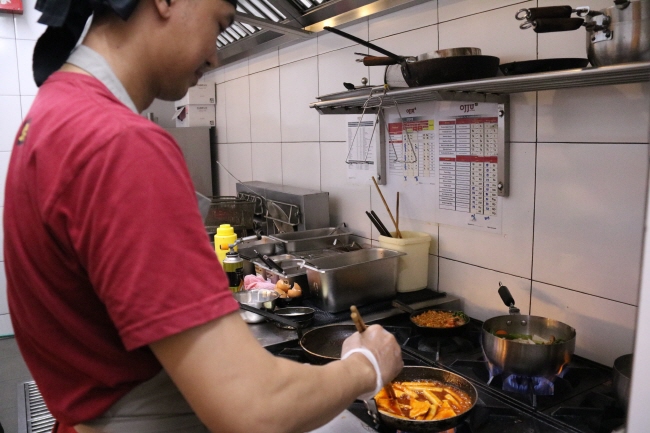 “People like topokki’s sweet and spicy flavor,” said an Indonesian chef at a restaurant in Jakarta. (Yonhap)

SEOUL, Aug. 19 (Korea Bizwire) — Korean barbeque, fried chicken, and bibimbap are some of the most popular Korean foods overseas.

In Indonesia, however, topokki, a dish of Korean stir-fried rice cakes, is gaining extensive popularity among members of the younger generation.

Korean food franchises in Indonesia, such as Ojju, Omija, and Mujigae are selling topokki as one of their signature dishes, and smaller topokki vendors are popping up across the country.

Even major fast food chains are beginning to sell topokki.

McDonald’s Indonesia introduced a topokki-flavored chicken early this spring, and Lotteria will begin selling ‘cupokki,’ or a toppoki in a cup, at 22 stores in Indonesia next month.

“People like topokki’s sweet and spicy flavor,” said an Indonesian chef at a restaurant in Jakarta. “Indonesians are used to the flavor of sambal sauce, which is kind of similar to the taste of Korean pepper paste.”

Sambal sauce is a combination of powdered pepper, onions, salted seafood, vinegar, salt, and lime juice that is widely used in Indonesia, much like the South Korea’s most common side dish, kimchi. 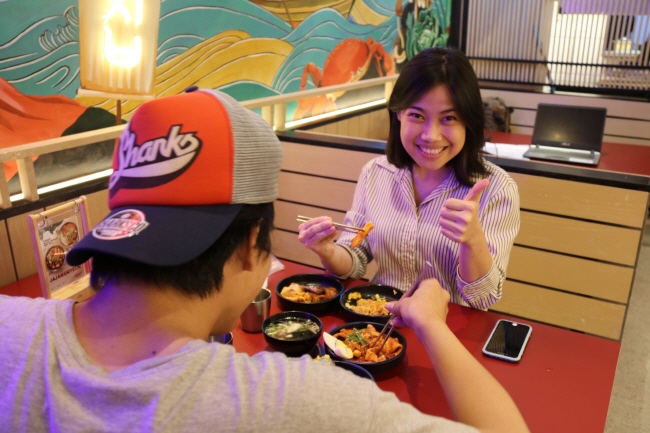 Korean food franchises in Indonesia, such as Ojju, Omija, and Mujigae are selling topokki as one of their signature dishes (Yonhap)

Ojju, Omija, and Mujigae are Korean franchises run by Chinese-backed Indonesian food companies, allowing the food as well as the price to be tailored to precisely fit the tastes of Indonesian consumers.

“Indonesians don’t like the rice cake sticking to their teeth, so we have changed the recipe to make softer ones to meet their taste,” said Moon Jeong-wan, a Korean resident in Indonesia and a rice cake supplier to the toppoki franchises.