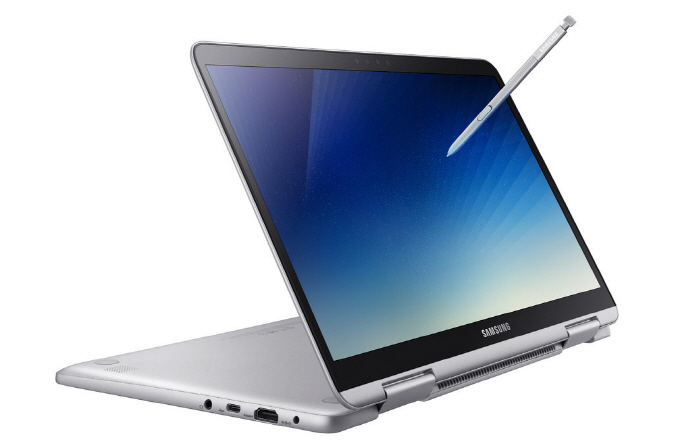 SEOUL, Dec. 12 (Korea Bizwire) – The Notebook 9 Pen laptop series by Samsung Electronics Co. is leading the trend of convertible laptops that can also be used as tablets.

LG Electronics Inc. has also its hat into the ring by adding a new model to the popular Gram series.

Samsung has shown a strong presence in the shrinking laptop market by selling more than 110,000 Pen laptops since they were first introduced in December of last year.

The company expects to sell approximately 120,000 Pen laptops by the end of this year.

The screen on Pen laptops can be rotated 360 degrees. The devices also support Samsung’s S-Pen, previously a signature product for the Galaxy Note, combining the best features of both tablets and laptops.

International Data Corporation (IDC) Korea showed that 1.87 million laptops have been shipped out as of the third quarter this year in the South Korean laptop market, which is 7.2 percent short of last year.

While conventional and ultraslim laptops were less popular this year, shipments of convertible laptops reached 116,000 units, a 353 percent increase from last year’s 26,000 units.

“It is a meaningful performance for us to have expanded our presence in the convertible laptop market,” said a source from Samsung Electronics.

Samsung Electronics plans to release a new model for the Pen series before the end of this month. 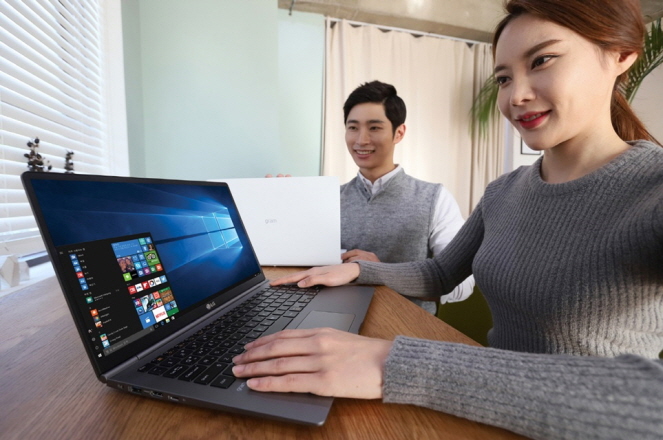 LG Electronics, with a strong fan base for its Gram laptop series, also plans to add a new convertible laptop this month, with the new device expected to be released in January of next year.

Best Buy, a major electronics distributor in the United States, recently made mention of a new 17-inch Gram laptop and 2 in 1 convertible PC on its website before taking down the information soon after.

According to the leaked specifications, the 17-inch Gram is expected to come with a display resolution of 2560 x 1600, an Intel 8th Generation Core i7-8565U Processor, 16GB RAM, and 19.5 hours of battery life, and will tip the scales at only 1.3 kilograms.

“Next year is expected to be dominated by ultraslim laptops 18mm or thinner, gaming PCs, and convertible laptops,” said Kwon Sang-jun, a researcher at IDC Korea.