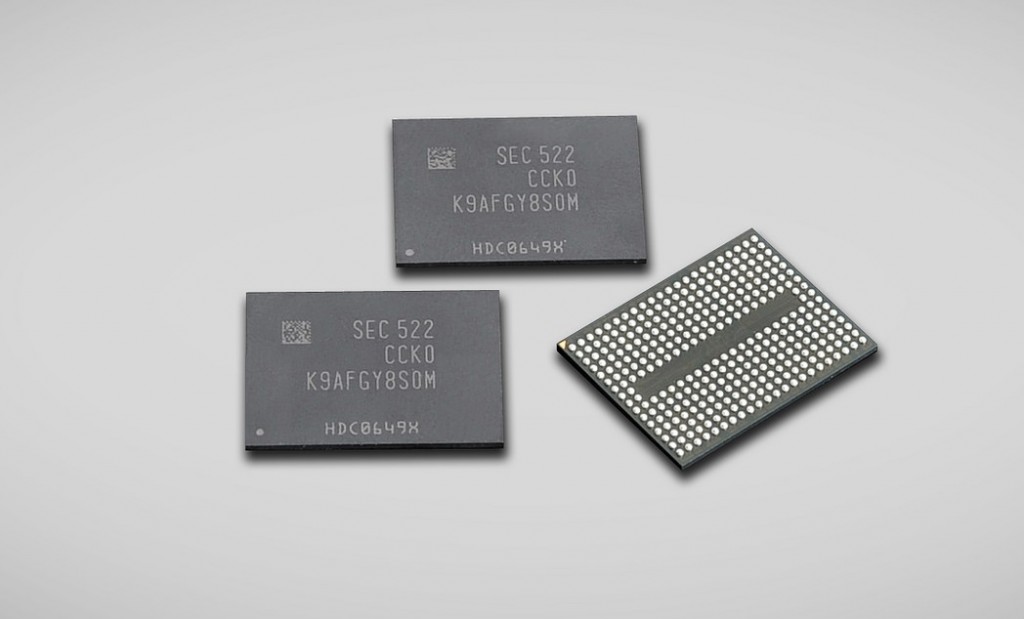 The 256-Gb NAND chip comes with twice as much capacity to save data as its predecessor, the 128-Gb NAND flash memory chip. (image: Samsung Electronics)

The vertical NAND flash, also known as V-NAND, refers to a memory cell that has a specific architecture in which the cells are stacked up in three-dimensional layers to reduce space while increasing the density, leading to more power efficiency.

The 256-Gb NAND chip comes with twice as much capacity to save data as its predecessor, the 128-Gb NAND flash memory chip, Samsung said.

It can “stack up” 1.5 times more cells than the 128-Gb NAND chip, meaning the tech firm can now create a 32-gigabyte (GB) memory chip for smartphones using just one 256-Gb V-NAND.

Samsung Electronics is the only semiconductor company in the world capable of mass-producing V-NAND chips. Its success in the advancement of the V-NAND production came about a year after it succeeded in the mass-production of the 128-Gb NAND flash chip in August last year.

The tech firm said it hopes to provide the latest V-NAND flash chip to its global clients to help them build up their storage systems to the next level.

Samsung Electronics has been pushing to solidify its leadership in the memory chip business, rolling out a 2-terabyte solid state drive last month.