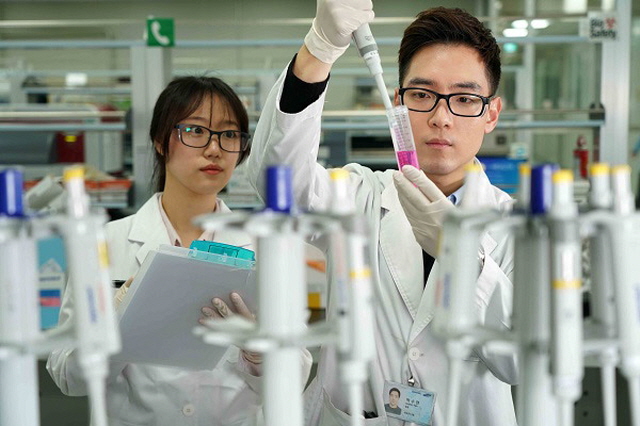 It is the second Samsung Bioepis biosimilar to go on sale in the U.S. following Renflexis, a biosimilar of Janssen Biotech, Inc.’s blockbuster immunology medicine Remicade.

The launch follows the approval from the U.S. Food and Drug Administration in January 2019 to sell the drug designed to treat early breast cancer, metastatic breast cancer and metastatic gastric cancer.

“The launch of Ontruzant to deliver our first oncology biosimilar in the U.S. marks an important milestone for Samsung Bioepis, and more importantly, for the patients who are in need of this proven treatment,” said CEO Christopher Ko in a press release.

The sale of the breast cancer treatment has been postponed due to a patent dispute with U.S. drugmaker Genentech. Earlier this year, the two firms reached a license agreement.

Ontruzant is introduced in the U.S. at a price about 15 percent cheaper than the current price of Herceptin. The global Herceptin market reached 7.2 trillion won (US$5.9 billion) last year, with the United States taking over 45 percent.