The Korean Hana Centre, the exclusive space for Korean education at the NSW School of Languages, a state run foreign language remote education institution, opened on August 4. The facility covers an area of approximately 100 square meter, and has assorted study materials to introduce Korean language and culture, such as hanbok (traditional Korean attire) and traditional crafts.

The NSW School of Languages is a public school for those students who want to learn foreign languages in depth. It provides remote education for students in the state of New South Wales, and currently offers courses in 12 languages, including Korean. It is the first time that the school has created a space designated for a specific language, which will be home to five Korean teachers. 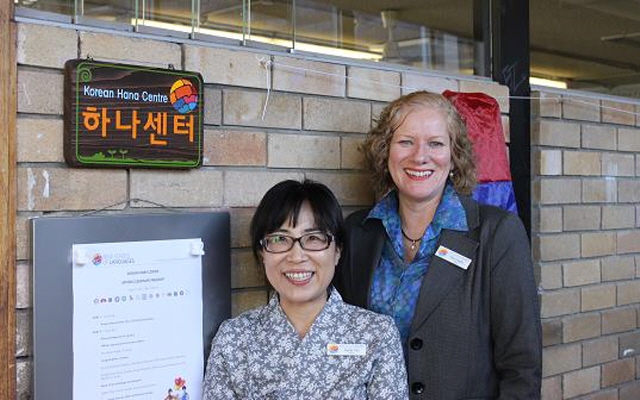 Hee-Jung Choi(L), teacher of the Korean Hana Centre and Hilary Hughes(R), headmaster of the NSW School of Languages. (image: Yonhap)

Hee-Jung Choi, who teaches Korean at the NSW School of Languages, played a significant role in the founding of the Korean Hana Centre. In 2011, while employed by the NSW State Department of Education, Choi saw an intensive Japanese learning institution at a school in Sydney and hoped to eventually run a similar facility for Korean language learners.

After Hilary Hughes, Choi’s superior at the Department of Education and Training, was appointed headmaster of the NSW School of Languages, Choi moved to the school and was the driving force behind the establishment of the Korean Hana Centre.