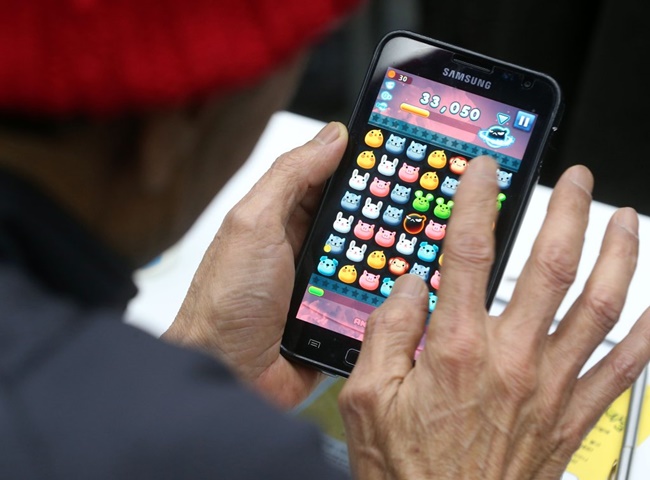 SEOUL, Nov. 6 (Korea Bizwire) – A new survey has revealed that South Korean seniors heavily rely on smartphones for internet access instead of desktops.

According to the survey by global pollster Nielsen Korea, South Koreans in their 50s and 60s make up more than half of the so-called the ‘mobile-only’ tribe, composed of individuals who typically use a smartphone to access the internet, unlike their younger counterparts, who still alternate between PCs and smartphones.

Among those who only use mobile phones for internet use, those in their 50s and 60s accounted for 30.1 and 23.3 percent, respectively, making up more than half of the group.

The survey comes amid reports indicating that South Korea has one of the highest smartphone penetration rates in the world, with over 7 in every 10 owning one, according to data from Newzoo’s Global Mobile Market Report in April of this year.

Nielsen Korea says the findings are reflective of a phenomenon called ‘technology leapfrogging’ among older people, whereby people become accustomed to advanced technology without having experienced its predecessor.

South Korean seniors have jumped straight to big-screen phones, also known as phablets, for the use of the internet, without having experienced the desktop web.

However, the findings showed that those who solely use mobile phones for the internet were found to spend 7,497 minutes online on average per month, less than those who use both their PC and smartphone, who are online for a monthly average of 8,524 minutes.

“While the mobile only group consists of those in their 50s and 60s, those who use both PCs and smartphones are typically younger,” Nielsen Korea said while explaining the gap in internet usage.

Among the respondents aged between 10 and 49, multimedia and entertainment apps were most popular, while communication apps were preferred among seniors.

According to Nielsen Korea, however, the mobile-only group is expected to expand into teens and young adults.

“Considering that lower internet usage often means a larger reliance on mobile internet, a similar trend could be seen among those in their teens and 20s in the future,” the pollster said.