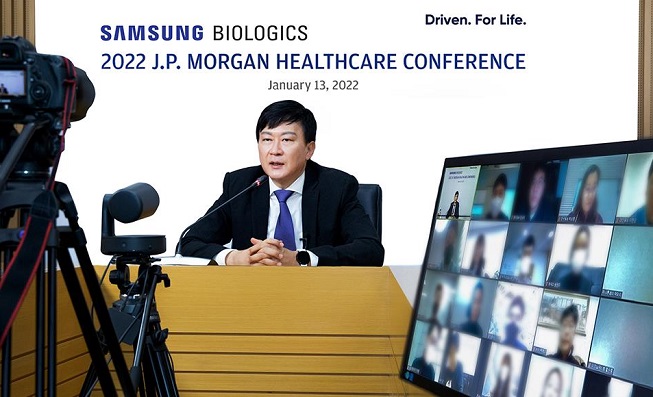 The company’s fourth plant, currently under construction, is set to be partially operational from October starting with a bioreactor capacity of 60,000 liters, CEO John Rim said.

“For Samsung Biologics, 2022 will be a year where we will be able to take a great leap forward for sustainable growth and endeavor to maximize our capabilities as a leading CDMO,” Rim said during an online news conference at the virtual J.P. Morgan Healthcare conference.

The company is also further looking into securing additional sites in Songdo, west of Seoul, for the construction of its sixth plant, the chief said.

The biotech unit of South Korea’s largest conglomerate, Samsung Group, currently operates three plants in Songdo and is building its fourth plant, which will have a bioreactor capacity of 256,000 liters.