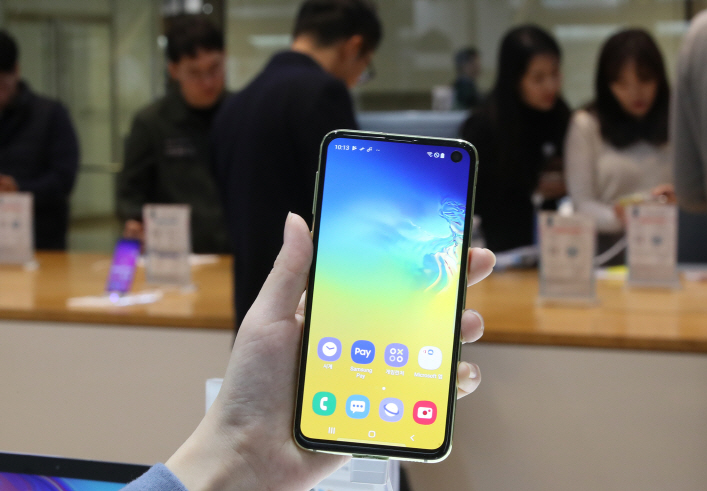 Samsung has been ramping up its efforts in the 5G market as Huawei, the world’s largest telecom equipment maker, has faced setbacks in the global market following the U.S. ban on its equipment. (image: Yonhap)

Samsung’s Galaxy S10 5G and upcoming Note 10 5G all have a separate modem in addition to an application processor (AP), which takes up more space inside the phone and drains more power.

“We plan to launch a 5G integrated chipset within this year,” a Samsung official said, asking to be unnamed. “It is an inevitable trend in the 5G market, and taking an early lead is especially important.”

When the 5G chips are ready, they are expected to be installed on Samsung’s mid-range Galaxy S series planned for next year, according to industry sources familiar with the matter.

If the mobile chip with an integrated 5G modem comes out by the end of this year, it could put Samsung ahead of the competition of its rivals, including U.S. giant Qualcomm and Taiwanese chip maker MediaTek, which plan to launch integrated 5G chips early next year.

Qualcomm shipped 37 percent of mobile APs in the global market last year, followed by MediaTek with 23 percent and Apple with 14 percent. Samsung ranked fourth with 12 percent, according to market researcher Strategy Analytics.