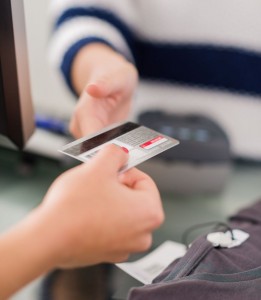 Samsung Card will kick off a new service called “Samsung Card Link” by which it offers discounts and other customized benefits based on the user’s spending patterns from October this year. (image: Kobizmedia)

The company said on May 16 that it would kick off a new service called “Samsung Card Link” by which it offers discounts and other customized benefits based on the user’s spending patterns from October this year. Since late last year, the company has prepared for the service and began offering a trial service to its 800,000 card members from April this year.

From February, Shinhan Card, the nation’s largest credit card company, has begun a business of providing big data-based consulting reports on the credit card spending patterns of tourists. But Samsung Card is the first in launching services to card users.

The service to be available in October will pinpoint information on merchants–including restaurants, cafes, and clothiers–that the user is likely to visit, based on the data of members in similar income levels, occupation, and residential areas.

The card user doesn’t need to produce a coupon or a text message on the smartphone to get up to 20 percent of discount or earn reward points. Using a credit card at participating merchants will automatically qualify for the discount or reward points. Such records will be sent to text messages and end-of-the-month statement.