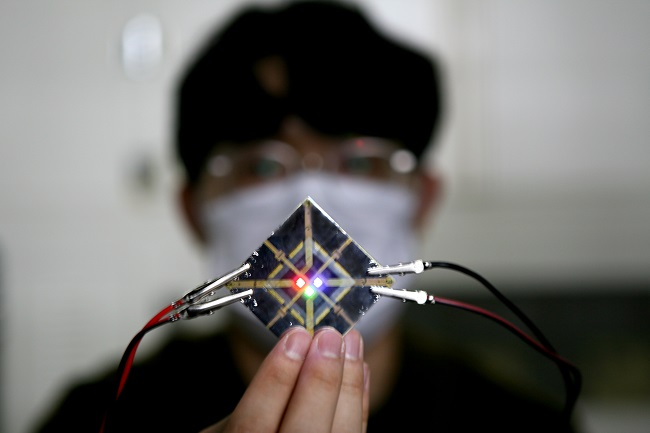 This photo provided by Samsung Display Co. on Jan. 26, 2021, shows a researcher from the company testing OLED organic material.

The affiliate of Samsung Electronics Co. said the latest OLED display reduces power consumption up to 16 percent compared with its previous smartphone panels.

The new OLED panel is already being used in Samsung’s Galaxy S21 Ultra smartphone unveiled earlier this month, it added.

OLED displays do not require a separate light source but produces colors by running an electric current directly through a proprietary set of self-luminous organic materials.

Its latest technology means that OLED panels can produce brighter light while consuming less power, which improves the battery lifetime for smartphones.

Meanwhile, Samsung Display revealed that it now holds some 5,000 patents worldwide related with OLED technology. It has applied for more than 370 OLED organic material-related patents in each of the past three years, the company added.