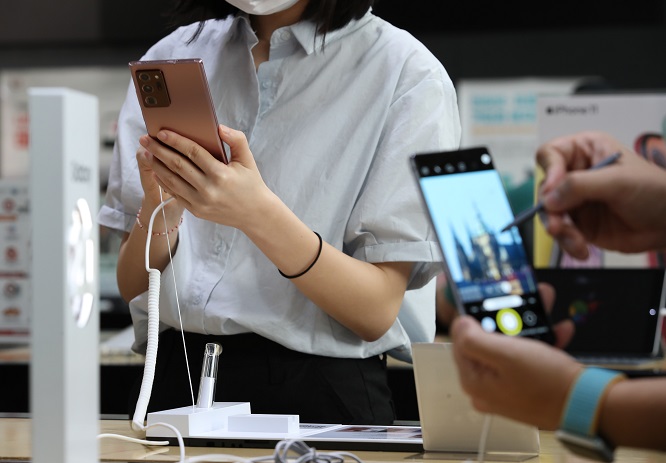 SEOUL, Aug. 31 (Korea Bizwire) — Samsung Electronics Co. dropped to the second spot in the Southeast Asian smartphone market in the second quarter of the year, a report showed Monday, as Chinese brands expanded their presence with budget devices.

Samsung was the second-largest smartphone vendor in Southeast Asia with a market share of 19.5 percent in the April-June period, according to industry tracker Counterpoint Research.

China’s Oppo edged out Samsung to become the top vendor with a 20.3 percent market share.

Chinese phone makers took four of the top five spots. Vivo came in third with 17.9 percent, followed by Xiaomi with 14 percent and Realme with 12.8 percent.

Samsung first gave up its top vendor position in the Southeast Asian market to Oppo in the fourth quarter of 2019.

The South Korean tech titan recaptured the leading status in the first quarter of this year with a 18.9 percent market share, which was 0.2 percentage point higher than Oppo.