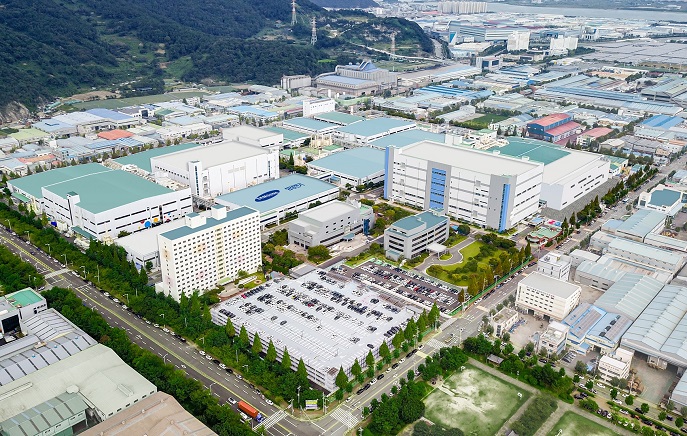 This photo provided by Samsung Electro-Mechanics Co. shows its plant in Busan.

SEOUL, June 23 (Korea Bizwire) – Samsung Electro-Mechanics Co., a major electronics components maker in South Korea, said Thursday it will make an additional investment of 300 billion won (US$230 million) in its flip-chip-ball grid array (FC-BGA) business, aimed at expanding the production of its plants in Busan, Sejong and Vietnam.

The latest investment decision will bring the total amount of investment to expand the production of semiconductor package substrates up to 1.9 trillion won.

The company is supplying semiconductor package substrates to global companies such as Apple, Qualcomm and Intel according to industry sources.

In the meantime, Samsung Electro-Mechanics also announced a plan to start mass-producing semiconductor package substrates by the end of this year for the first time in South Korea.